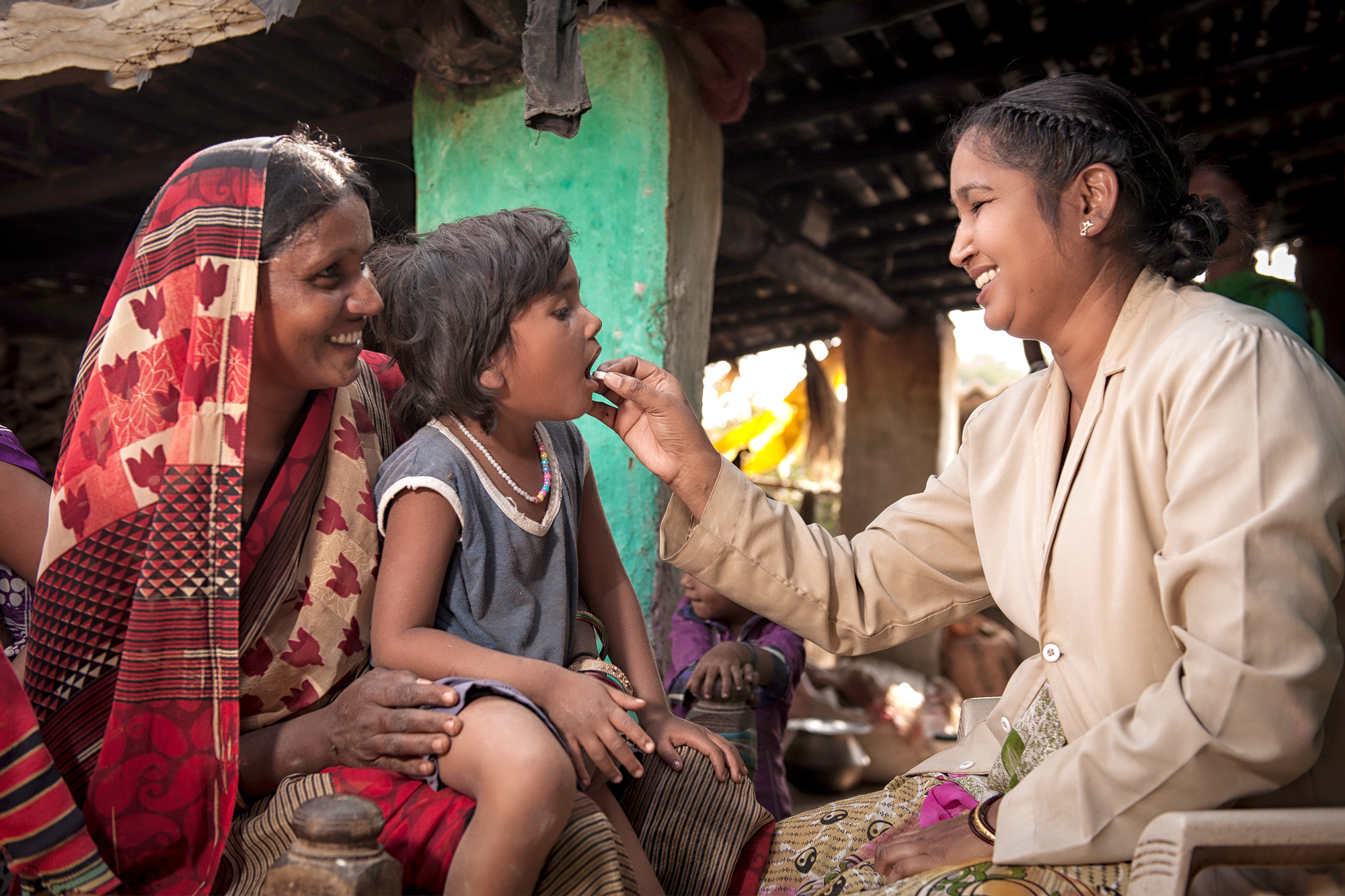 Without rigorous scientific study, the success of social programs becomes a guessing game. The Abdul Latif Jameel Poverty Action Lab (J-PAL) is transforming the global effort to alleviate poverty by ensuring that policy is informed by scientific evidence that shows which interventions and programs really work. This approach has led to unexpected findings—for example:

Based at the Department of Economics in the MIT School of Humanities, Arts, and Social Sciences, and with regional staff based in more than a dozen countries, J-PAL uses the rigor of randomized evaluations to test and improve poverty alleviation programs and social policy. To date, J-PAL’s affiliated professors have conducted more than 800 evaluations in 72 countries, and evaluated programs have been scaled up to reach more than 300 million people.

Poverty is a complex problem, with many contributing factors, so J-PAL’s affiliated professors are pioneering innovative research across many dimensions of social policy—from health, education, and labor markets to environment, governance, and crime.

Roughly 250 million primary school children around the world lack basic literacy and math skills. Through its portfolio of nearly 200 randomized evaluations on education programs, J-PAL has been able to help educators identify which interventions really work. For example, in a series of research studies, J-PAL Directors Abhijit Banerjee and Esther Duflo PhD ’99 found that using simple tests to determine students’ learning levels, and then grouping these children and reorienting their instruction by level, significantly improves educational outcomes.

Thanks to scale-ups of the program evaluated by the J-PAL-affiliated researchers, more children are now learning to read in India, where currently 53% of grade 5 pupils cannot read a grade 2–level text. In one Indian state, participating in this program (run by the NGO Pratham) for just 50 days more than doubled the number of grades 3–5 students who could read a simple paragraph.

After testing this intervention in India, J-PAL collaborated with NGOs and governments to further scale up the program, which has since reached millions of school children in India, Ghana, and Zambia. J-PAL affiliates in the United States also found that Match Tutoring—an intensive 2-on-1 tutoring model aimed at addressing the mismatch between regular classroom content and what youth who are several years behind grade level actually need—dramatically improved math outcomes for disadvantaged students in Chicago.

This work is vital because in today’s world, accessing a quality education is more important than ever to improving the livelihoods of poor families. In the United States, for example, completing college is the strongest predictor of how well someone will perform in the job market.

Like access to quality education, access to adequate health care is a major factor in poor families achieving stability and prosperity. In the United States, one fiercely debated question centers on the impact of public health insurance expansion on health care use, health outcomes, financial hardship, and employment.

Led by J-PAL North America co-scientific Director Amy Finkelstein PhD ’01  and J-PAL affiliate Katherine Baicker, researchers assessed the effects of extending public health insurance to previously uninsured low-income families and children. Since the state of Oregon had decided to expand Medicaid to a limited number of individuals via lottery, the researchers were able to take advantage of this rare opportunity and use the random selection of lottery winners to assess the program.

They found that people enrolled in Medicaid significantly increased their use of the emergency room for at least two years after they first signed up, and also increased regular primary care visits. Providing formerly uninsured people with Medicaid also reduced depression, lessened medical debt, protected the newly insured against catastrophic out-of-pocket payments, and decreased the likelihood of choosing to cover medical expenses over other bills.

The Oregon Health Insurance Experiment has had a wide impact in the health care policy-making community and has catalyzed the greater use of randomized evaluations in the field of health care delivery. J-PAL North America is also expanding its reach to address questions relating to delivery of health care, mobility from poverty, and local and state governance in the United States.

Finding a path out of poverty

At the global level, J-PAL is now looking at ways to address incomes of the poor directly—an enormous challenge in a world where more than one-fifth of the population lives on less than $1.25 per day.

For the poorest of the poor, income is often irregular or seasonal, putting laborers and their families at risk of hunger. Self-employment can be the only viable alternative to menial labor—yet many lack the cash or skills to start a business. While financial resources are needed, money alone has not proven to be the ideal solution to the array of challenges facing the ultra-poor.

J-PAL has found that a multifaceted approach pioneered in 2002 by the Bangladeshi nonprofit BRAC is effective in helping people create a path out of poverty. BRAC’s Graduation Approach combines a number of complementary interventions into a comprehensive, coordinated, two-year “big push” designed to help ultra-poor households transition out of unstable wage employment and into more secure self-employment. Beneficiaries received income-generating assets (such as a goat), skills training, coaching, access to savings, food supplies, and money stipends.

The results were impressive. For a group of ultra-poor families in India, where 90% of households reported family members were skipping meals, J-PAL’s evaluation found the Graduation Approach led directly to more households having enough food every day.

To date, J-PAL researchers have rigorously evaluated the Graduation Approach in Bangladesh, Ethiopia, Ghana, Honduras, India, Pakistan, and Peru. Across a diverse set of contexts and implementing partners, the intervention has had a huge impact on the standard of living in ultra-poor households. The Graduation Approach has now been adapted to support a transition to sustainable livelihoods for ultra-poor families in about 20 countries.

This story was originally published in March 2017. 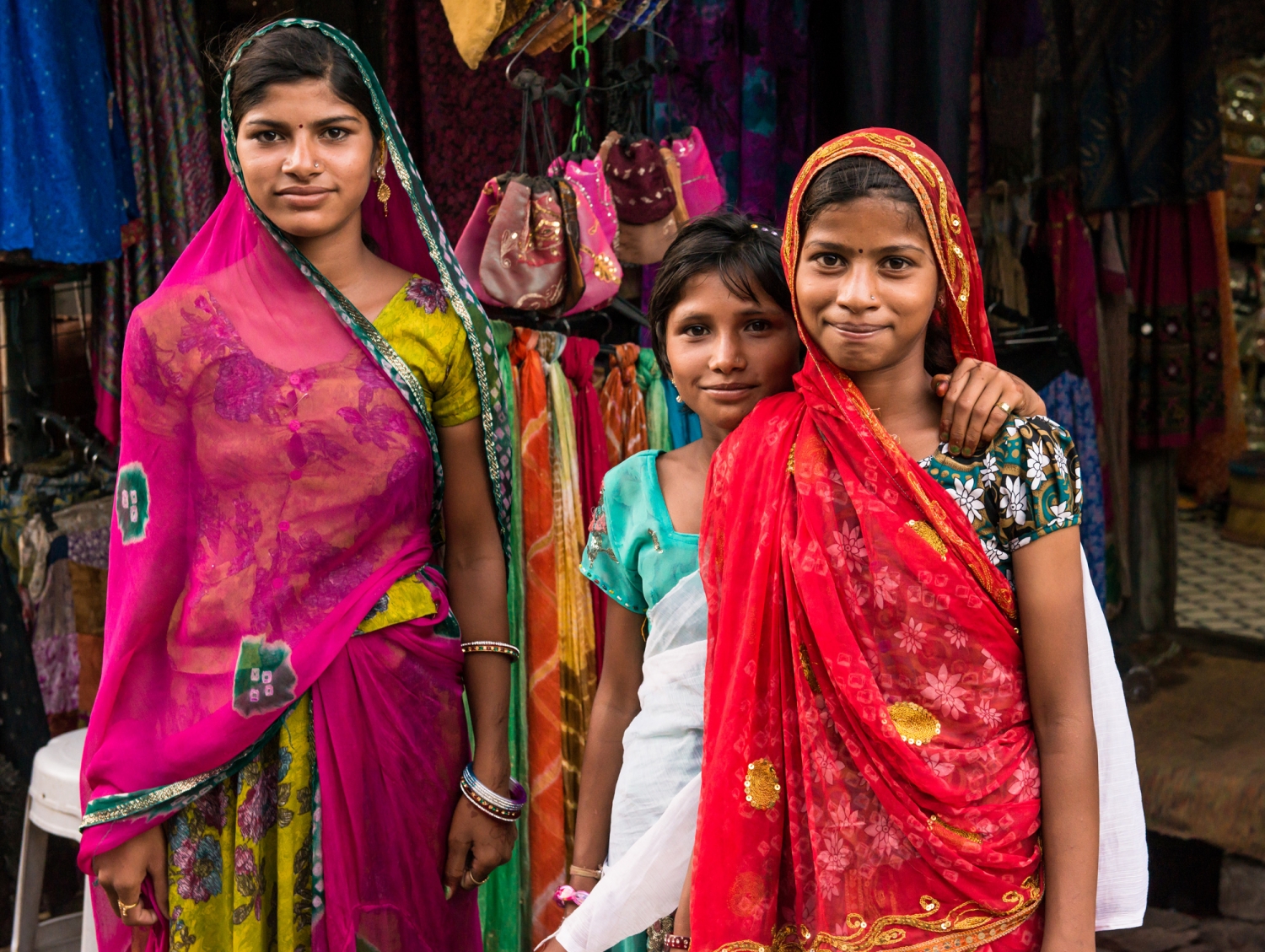 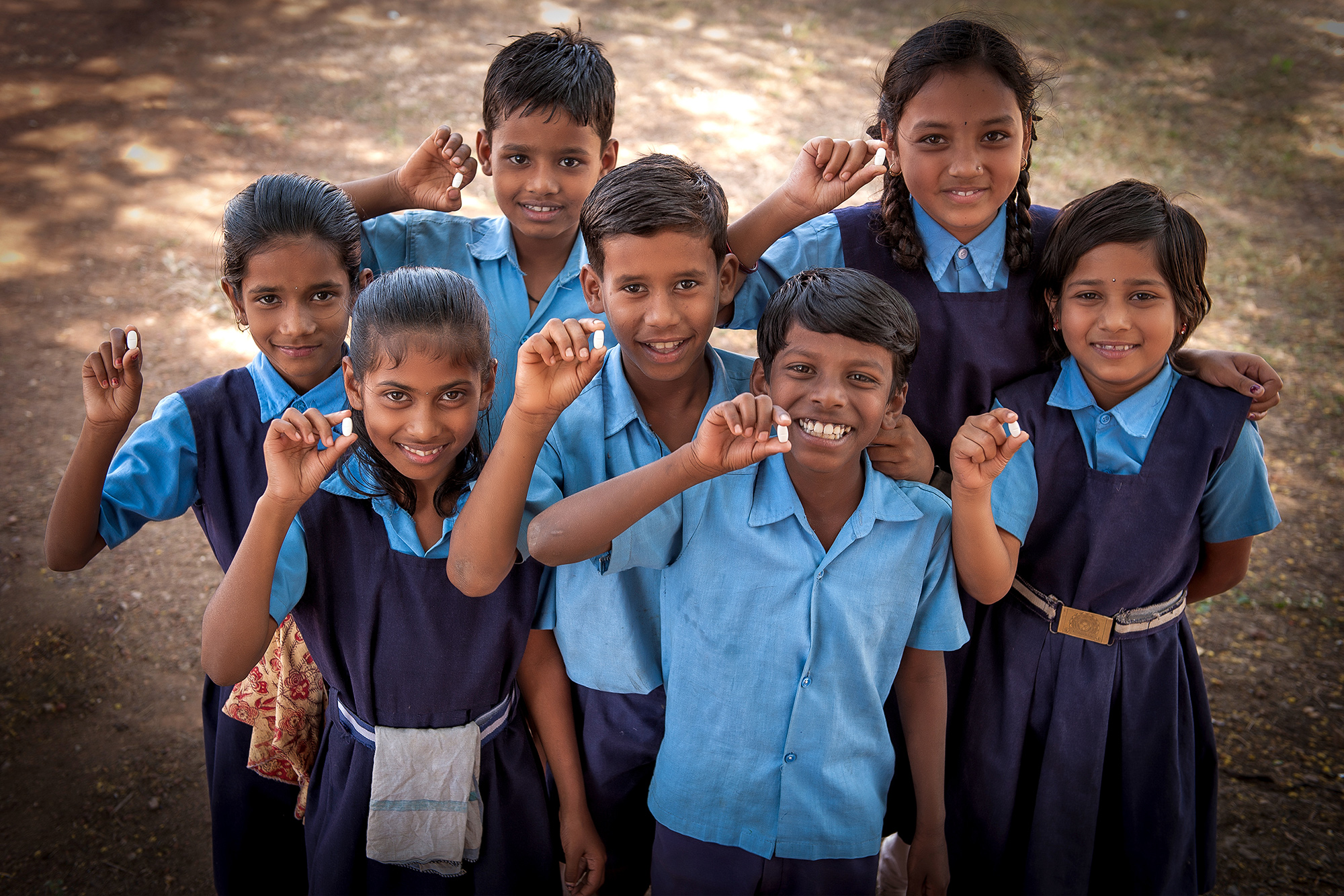 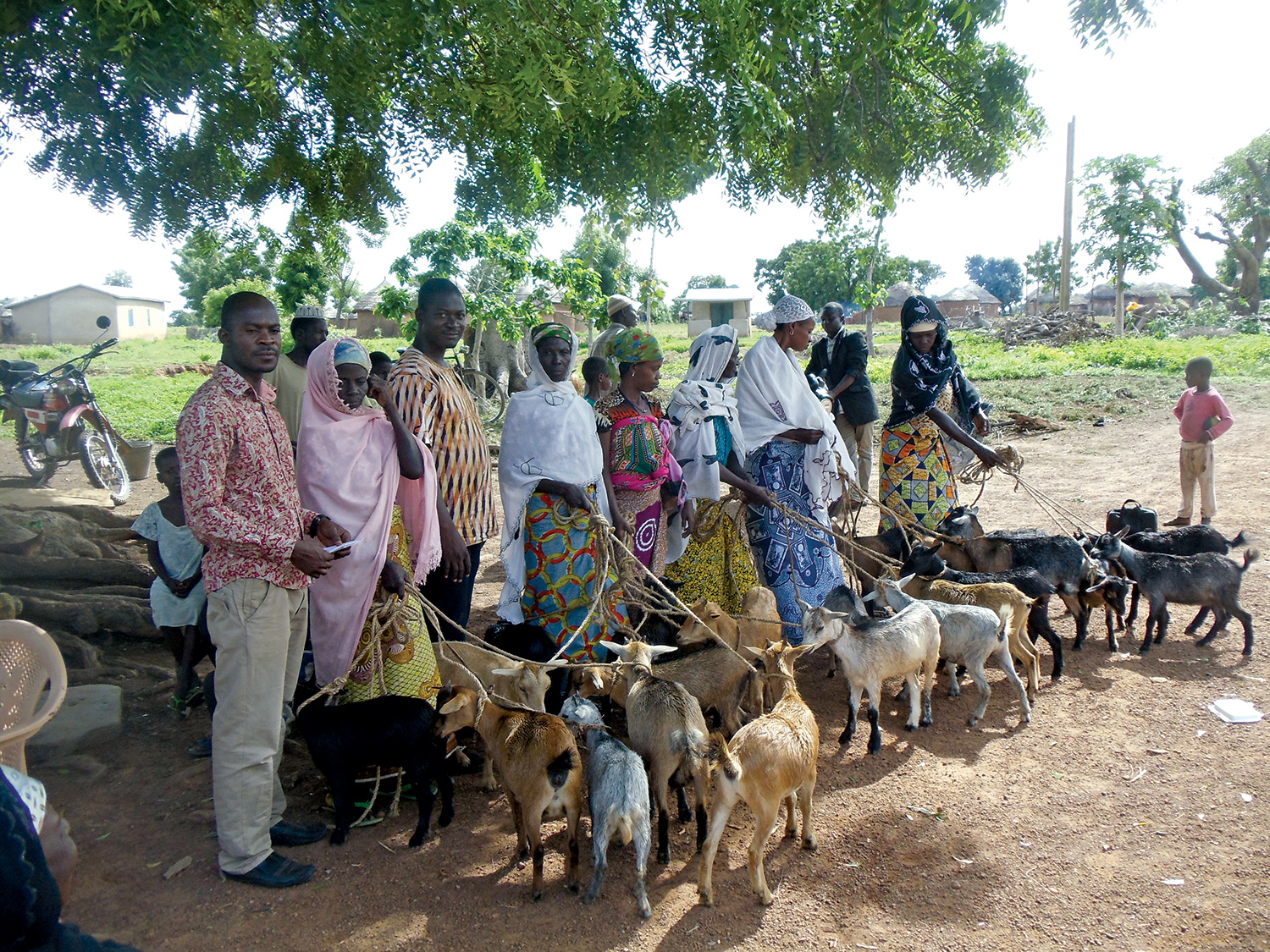 Just $16 of cooking oil a year can significantly reduce child marriage by offsetting the cost of higher dowries for older girls. Photo: Karve, Shutterstock, Inc.
$100 spent on school-based deworming can lead to an additional 14 years of education for children. Photo: Evidence Action
J-PAL is now looking at ways to address incomes of the poor directly—an enormous challenge in a world where more than one-fifth of the population lives on less than $1.25 per day. Photo: Daniel Janamah