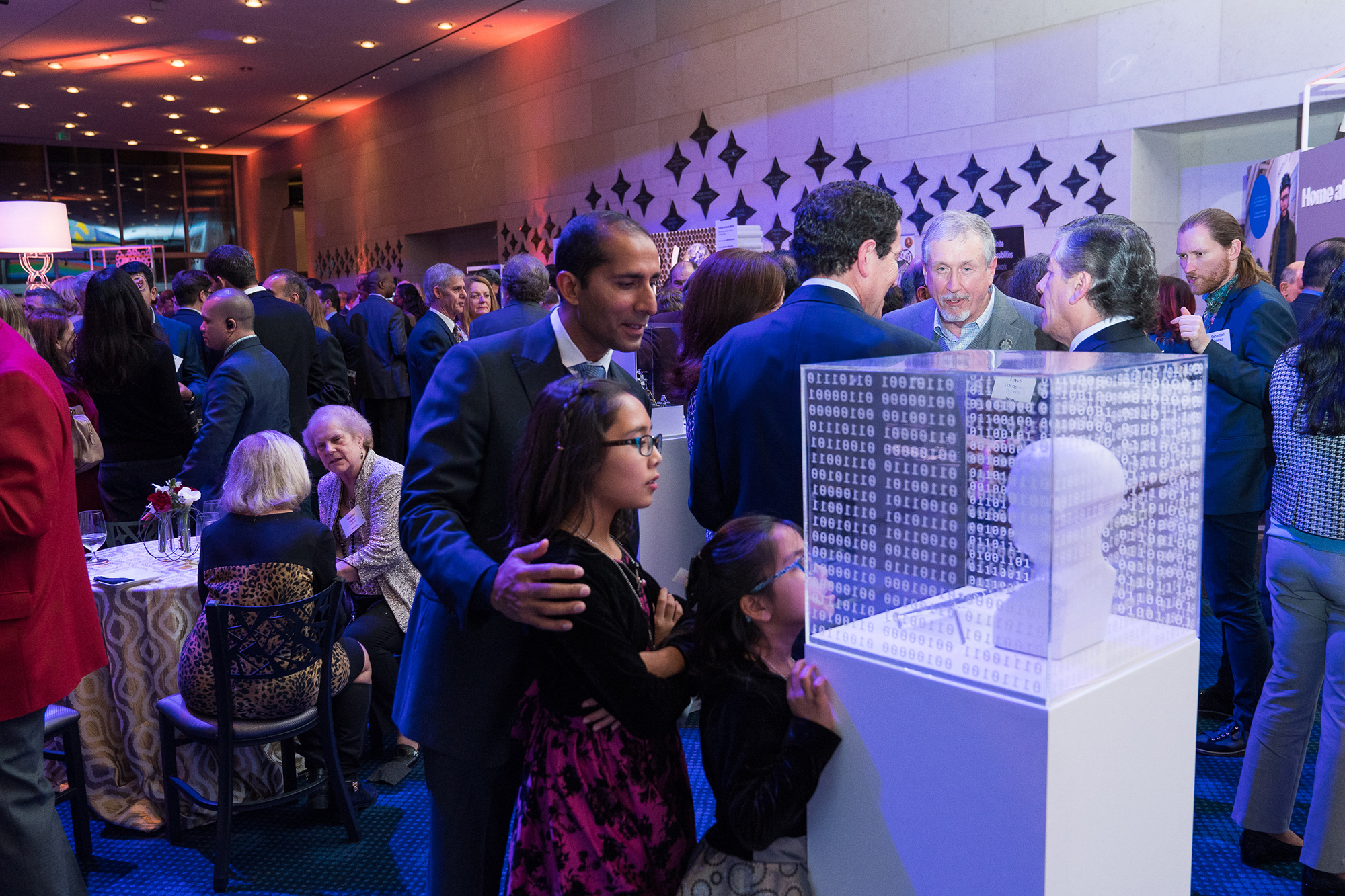 This article originally appeared on MIT News on February 19, 2018.

A series of MIT Better World events has shined a spotlight on a number of MIT communities across the globe and the unique strengths that each region shares with the Institute and its mission to build a better world. On Jan. 19, these connections had special resonance when more than 400 alumni and friends gathered at the Hobby Center for the Performing Arts in Houston, for the largest-ever MIT event in Texas.

“Last August, the whole world had its eyes on Houston,” said Reif. “Since then, this city has demonstrated exceptional resilience, creativity, and strength.” Like Houston, Reif noted, MIT relies on courage to explore new ideas, particularly in the face of daunting challenges. Other guest speakers in the evening’s program included MIT faculty members Dina Katabi and Paulo Lozano, and Olympic gold-medalist and Texas native Jordan Malone.

Dina Katabi SM ’99, PhD ’03 traces the start of her career in wireless technology, machine learning, and artificial intelligence to a childhood obsession with the “Star Wars” films. “I really wanted to feel the force,” she said, “[and] I have continued to search for that force here at MIT as a student and … faculty member.” Katabi, who is originally from Damascus, Syria, is the Andrew (1956) and Erna Viterbi Professor of Electrical Engineering and Computer Science and a 2013 MacArthur Fellow. She and her colleagues developed Emerald, a groundbreaking tool for wireless monitoring of physiological signals like respiration, heart rate, medication response, and sleep quality. Katabi believes that Emerald will be a powerful force in health care and credits MIT’s unique culture for enabling her to develop these “outside-the-box” ideas.

The forces that propel the work of Paulo Lozano SM ’98, PhD ’03 are revolutionary micropropulsion systems for satellites. Lozano studied space propulsion as an MIT student and is now the director of MIT’s Space Propulsion Laboratory. He also teaches space and rocket propulsion, fluid mechanics, and plasma physics to undergraduates for which he received MIT’s Outstanding Faculty UROP Mentor Award. Lozano hopes that his work will accelerate discovery by enabling more countries, like his native Mexico, to engage in space exploration. Lozano sees a kinship between MIT and space: “Like space, MIT doesn’t belong to one country, it belongs to the whole world.”

For Jordan Malone ’18, it is the forces of acceleration—up to 3.2Gs in a turn—that have shaped his career as an Olympic speed skater and MIT mechanical engineering major. Malone took up speed skating to boost his chances of getting into MIT and, along the way, won bronze and silver Olympic medals (at the Vancouver and Sochi games, respectively) and dozens of other championship titles. Today, he pairs his passion for skating and engineering prowess to improve the technology and tools of the sport. At MIT, he said, “it takes everything you’ve got just to keep up,” and yet “we are all trying to make an impact. It’s impossible not to have that attitude when you’re exposed to the momentum that is MIT.”

President Reif returned to the stage to thank Malone, Lozano, and Katabi for sharing a “sample of the future” created by the people of MIT, and he encouraged the MIT community of Houston to support the MIT Campaign for a Better World. With their help, he said, MIT can realize its vision of “a future where prosperity is measured not in dollars alone,” but in the currencies of art and culture, innovation and technology, “and the richness of human understanding.”