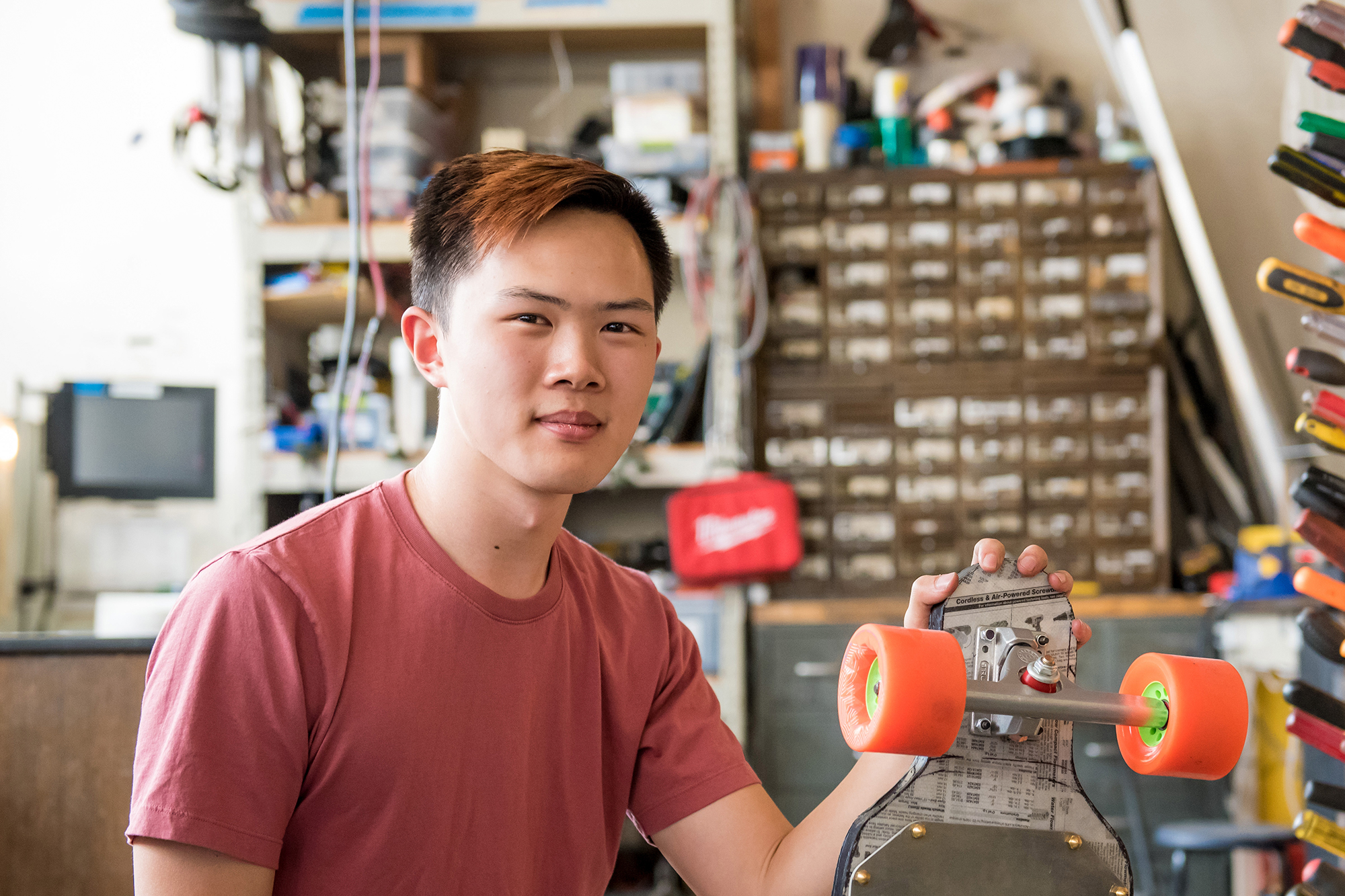 Name: Gregory Xie ’22
Filmed in: MITERS
Gregory Xie ’22 was at one point spending five or six hours a day at the student-run makerspace MITERS, machining items for the TV robot competition BattleBots. The mechanical engineering major says what he appreciates about the space is that there is always someone he can ask for advice. “Everybody here is really interested in making stuff,” he says. “It’s a bunch of really cool people making a bunch of really cool things.”
This film was produced in 2019.