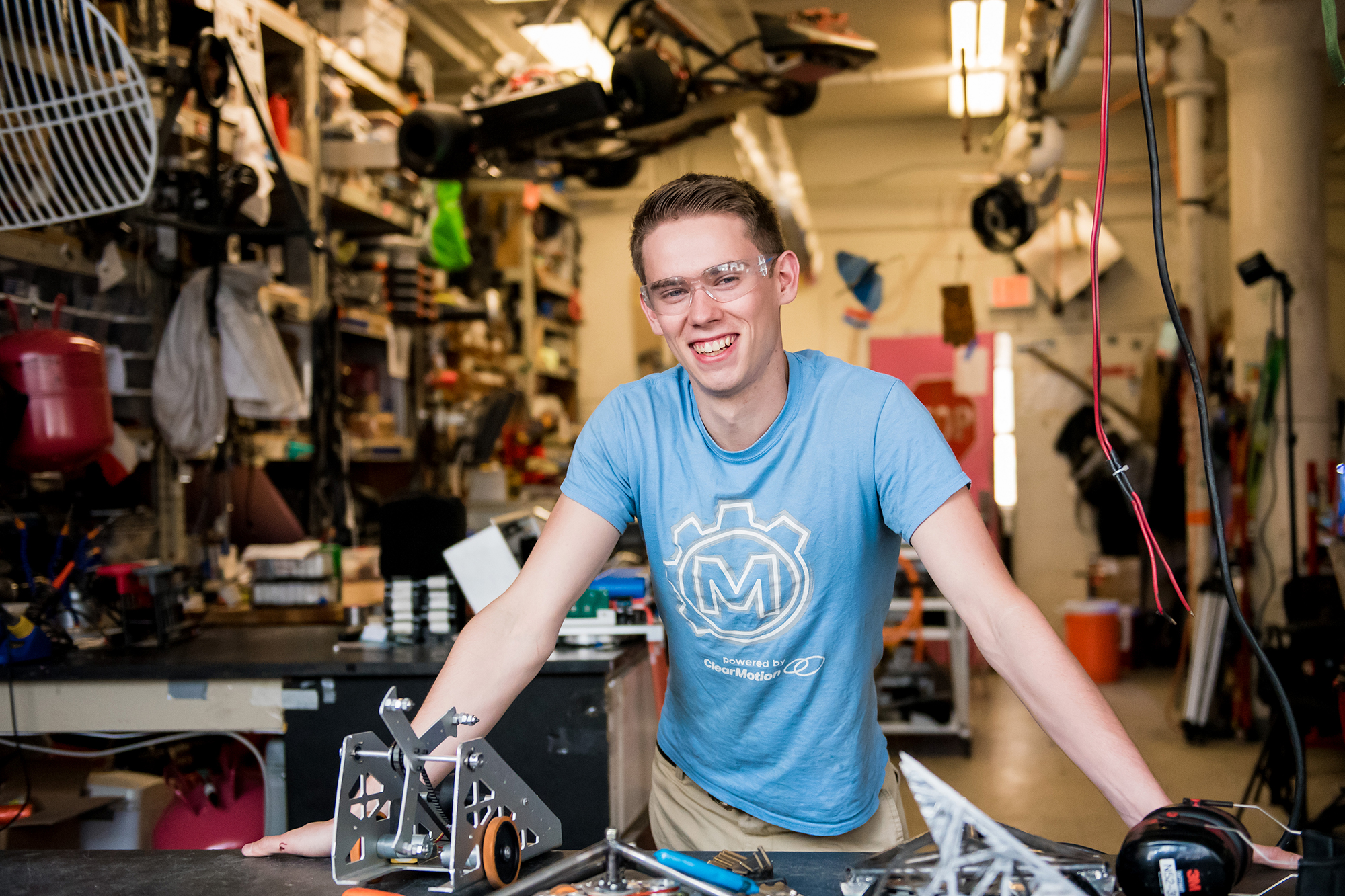 Name: Mason Massie ’20
Filmed in: MITERS
A mechanical engineering graduate, Mason Massie ’20 says the maker culture is one reason he came to MIT. “This place and, more importantly, these people give me a lot more ideas and tools that allow me to accomplish things I wouldn’t have known how to do,” he says. During his time on campus, Massie could frequently be found in the MITERS makerspace, where he built a go-kart, among other things. Anytime he didn’t have class, he said, he would “try to find an excuse to come to MITERS.”
This film was produced in 2019.