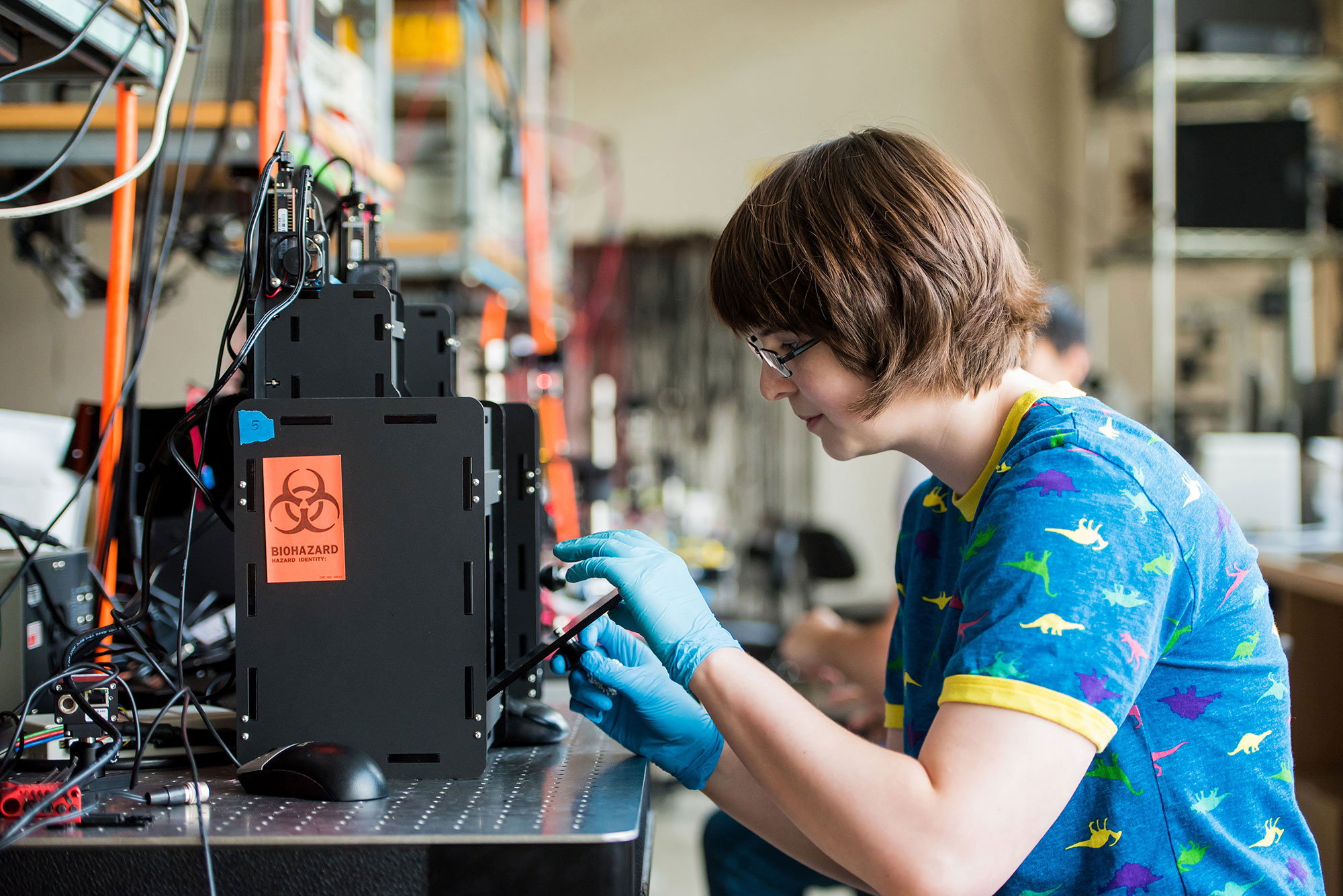 “Making at MIT is getting to put what you learn about in class into practice,” says Nora Enright ’19, who graduated with a degree in biological engineering. Enright believes the advent of the new Huang-Hobbs BioMaker Space at MIT lets students explore the field of bioengineering, which has become mainstream, more deeply. “It’s preparing us to have that same enthusiasm and excitement that is driving science,” she says.

Huang-Hobbs BioMaker Space Is for Students With Big Ideas