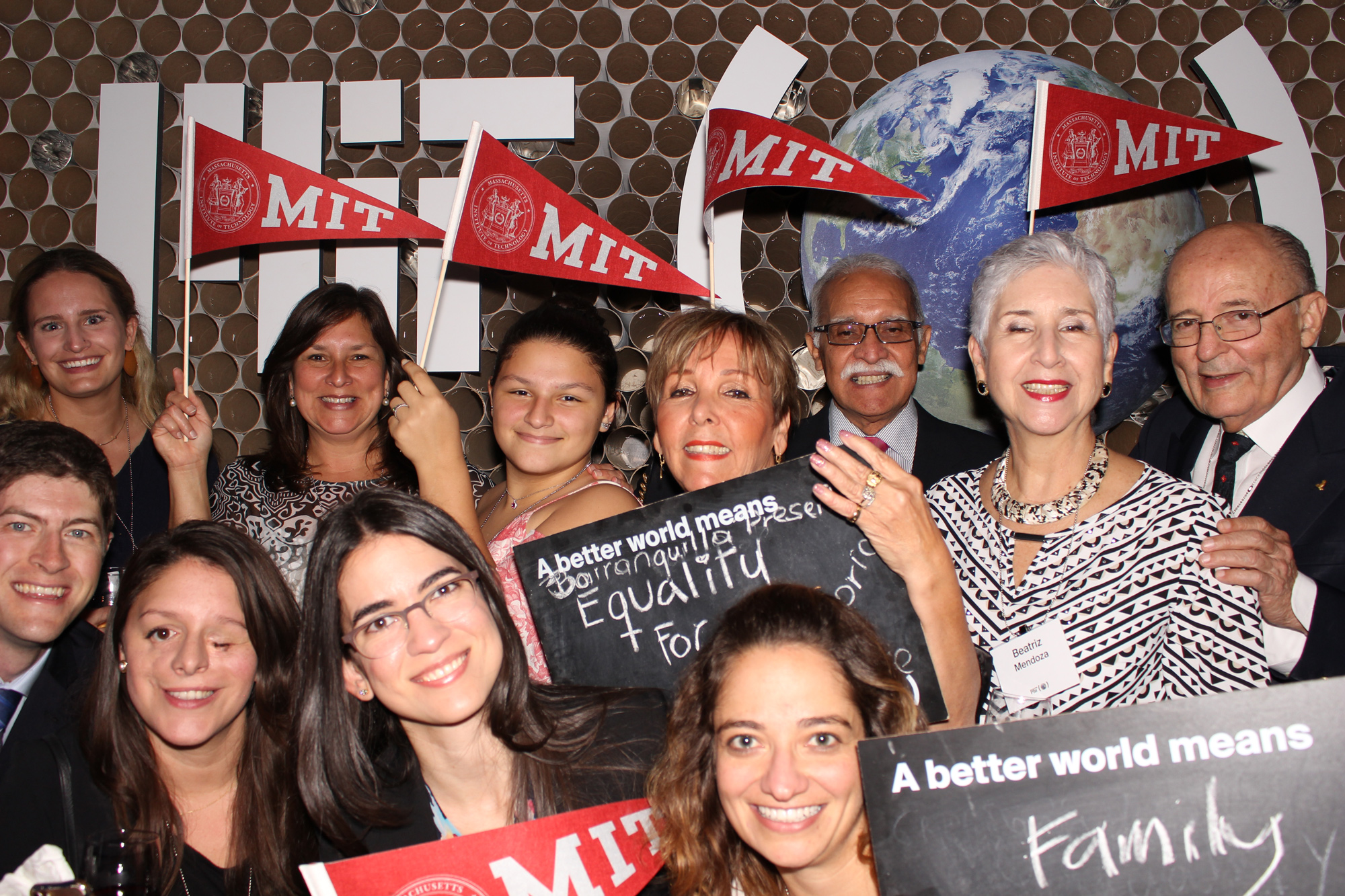 This article originally appeared on MIT News on May 1, 2018.

On March 8, Miami was the 12th city to host the MIT Better World tour, a gathering of 300 MIT alumni and friends at the Alfred I. duPont Building in downtown Miami. A highlight of the evening was MIT President L. Rafael Reif’s announcement that as of March 2, the MIT Campaign for a Better World has raised $4.1 billion, or 82% of its $5 billion goal, from over 91,000 donors.

Other speakers included MIT faculty, alumni, and current students, such as doctoral candidate Sitan Chen, who opened the program with a piano performance. As a PhD student and an Emerson Music Fellow, Chen is studying the mathematical foundations of machine learning, while also pursuing his life-long passion for music. For Chen, math and music both offer the building blocks for discoveries, and the opportunity to create something fresh and exciting. “If you expand that idea,” he said, “it’s what we do at MIT, every day.”

Judy C. Lewent SM ’72 welcomed attendees on behalf of the host committee and introduced President Reif. Lewent, who is a life member of the MIT Corporation and a member of the American Academy of Arts and Sciences, retired in 2007 as executive vice president and CFO of Merck & Co., Inc., after a successful career in finance. She described her long-term ties to the Institute as “a key part of my life-long learning.”

For architect and urban planner, Carlos A. Sainz Caccia MCP ’17, MIT’s Infinite Corridor embodies one of his own core values: connectivity. Just as the corridor links physical spaces, “we [also] cross through disciplines, creating connections. I think we should be building cities this way.” A native of Guadalajara, Sainz works at the Brookline, MA, firm CivicMoxie to create innovative housing for diverse populations. “Diversity,” he observed, “brings vibrancy and resiliency to a building, to a community, to a city. Because of diversity, MIT thrives, too.”

The recent extreme weather events endured by Miami are familiar to MIT graduate student Diamilet Pérez-Betancourt. A native of Puerto Rico and doctoral candidate in Atmospheric Sciences, Pérez-Betancourt studies hurricanes and the little-understood spiral rain bands within these storm systems. Since childhood, she has loved hurricanes, and has devoted her life to studying hurricanes and extreme weather because, “as oceans get warmer, the intensity of hurricanes [will likely] increase,” with critical impact for regions like Florida and her home country.

Venezuelan economist and Society of Sloan Fellows Professor of Applied Economics Roberto Rigobon PhD ’97 is inspired by another core feature of MIT: a passion for measurement. Using the example of gender discrimination, Rigobon spoke of the importance of examining influences like unconscious bias so that we may accurately measure, and more fully understand, the world around us. MIT is willing to invest in this kind of rigorous research, he said, and philanthropic support from the MIT community makes it happen.

As he concluded the program, President Reif extended an invitation for all attendees to join the MIT Campaign for a Better World and empower MIT to deploy its gifts in service to the world, as each of the speakers have done through their work. The needs have never been greater, he said, but “to the people of MIT, humanity’s urgent challenges are invitations to action. And MIT is ready!”