MIT Campaign for a Better World Arrives in Seattle 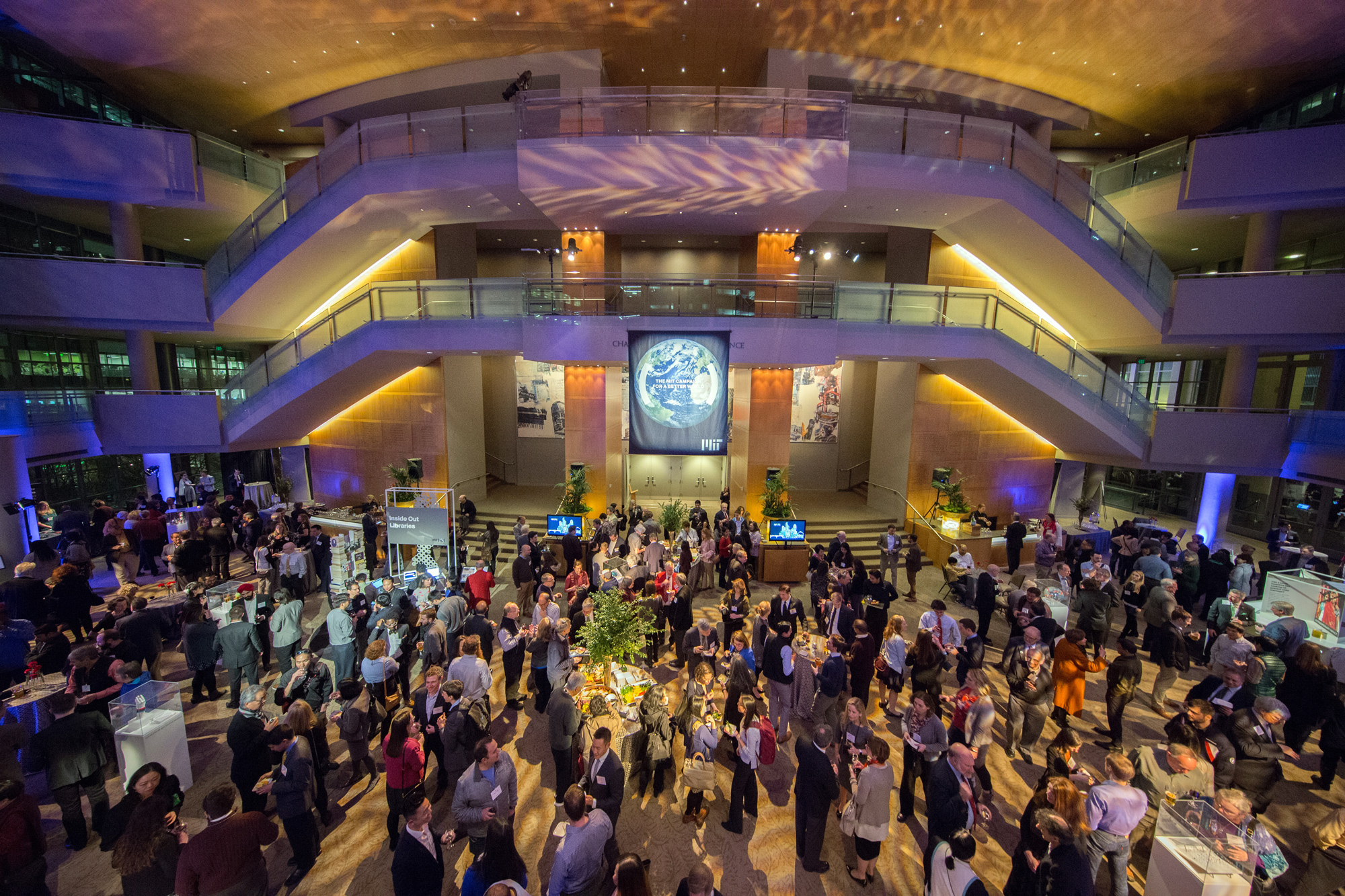 This article originally appeared on MIT News on April 26, 2018.

On February 20, 2018, Benaroya Hall, the home of the Seattle Symphony, hosted the largest gathering to date of Seattle’s MIT community. The event offered more than 450 attendees a closer look at MIT today and the MIT Campaign for a Better World, an historic endeavor to advance the Institute’s mission and serve urgent global needs in the 21st century.

A common theme among the evening’s speakers was creative combinations by MIT innovators, spanning fields from biotech to baseball. Following a piano performance by jazz musician and MIT neuroscientist Stephen Allsop PhD ’16, Monica Alcabin SM ’83, welcomed MIT President L. Rafael Reif and other guests to Seattle. Alcabin is an associate technical fellow at the Boeing Company and traces her career in aeronautics to the night she watched the 1969 moon landing on television, as a young child. Riveted by the MIT professor interviewed that evening, Alcabin decided that she, too, wanted to go to MIT.

Personal interests have also had a shaping effect on the professional accomplishments of Andrew W. Lo, Charles E. and Susan T. Harris Professor at the MIT Sloan School of Management and director of the MIT Laboratory for Financial Engineering. A former Guggenheim Fellow and widely recognized finance scholar, Lo’s research in the financing structures of the drug development process began during his search for experimental cancer therapies for his mother.

This experience inspired Lo to explore new ways to help transform finance from a constraining factor in creating better treatments to an instrument of innovation. Lo has authored numerous books, including Adaptive Markets: Financial Evolution at the Speed of Thought, and co-teaches The Science and Business of Biotech, the first course cross-listed by Sloan and the schools of engineering and science.

Health is at the center of Dava Newman’s professional mission, but in Newman’s case, the patient is “Spaceship Earth,” and the time to identify causes and cures is short. Newman is the Apollo Professor of Aeronautics and previously served as NASA Deputy Administrator. By studying earth and other planets from space, Dr. Newman and her colleagues hope to understand the factors that threaten earth’s fragile atmosphere. “It will take all the collaboration and courageous leadership we can muster from universities like MIT, and their partners in industry and government, to heal our world, and protect the future of humanity,” Newman said.

Brian Hesslink’s story includes one of the most unusual—and fortuitous—combinations of interests in recent MIT history. Proudly proclaimed the “winningest pitcher in MIT history” by MIT News, Hesslink combined his passion for baseball with his growing skills in programming and analytics to create (along with MIT postdoc Will Cousins) an algorithm that accurately predicted the run total from past Major League seasons. He describes his life at MIT as a series of “micro-discoveries,” one inspiration leading to another. To date, Hesslink has applied his analytical prowess as an intern and staff member of three major league baseball teams: the Houston Astros, the Tampa Bay Rays, and now the Seattle Mariners.

As the program drew to a close, President Reif expressed his pride in the remarkable achievements of the evening’s speakers, and invited attendees to join the MIT Campaign for a Better World, in support of challenging and essential work across many fields. “Through clear-eyed, hands-on problem solving, we will deliver new knowledge,” Reif said, along with “new tools, new industries, new seekers, and new solutions” to put that knowledge to work for a better world. The Campaign is a chance for everyone in the MIT community to carry this exciting mission forward.