A Record Crowd in Washington, DC, Celebrates MIT’s Culture of Innovation and Discovery 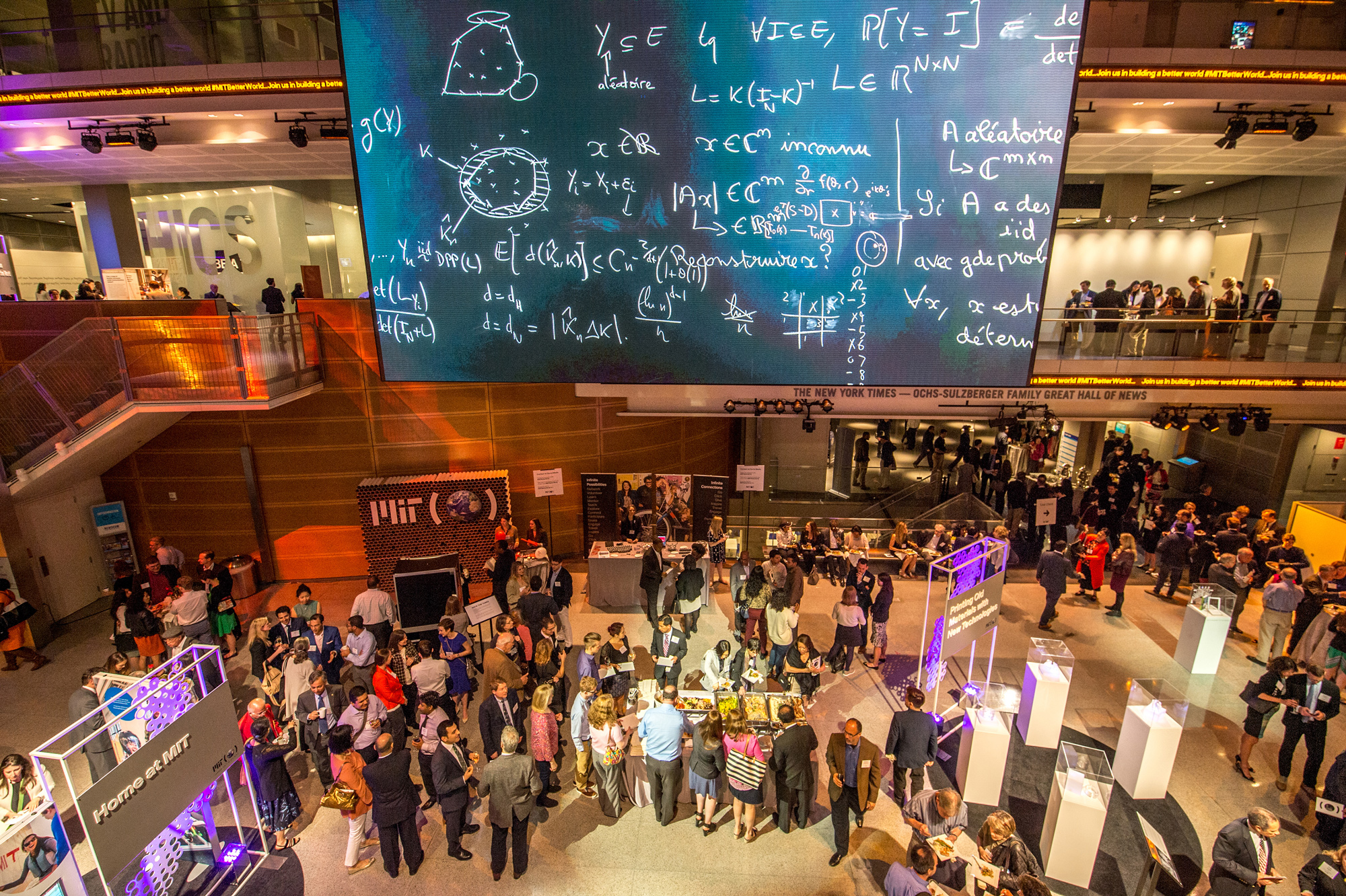 This article originally appeared on MIT News on May 15, 2017.

On April 13, the Better World tour, celebrating MIT’s $5 billion Campaign, arrived at the Newseum in Washington, DC. The event marked the largest gathering of MIT alums in the DC area to date, with over 560 guests in attendance. MIT President L. Rafael Reif thanked attendees for coming together as one “MIT family” in support of the MIT Campaign for a Better World. “Like any great research university, our mission directs us to advance knowledge and to educate students,” he said, and when the people of MIT pursue those goals, “they win Nobel Prizes.”

Speakers included MIT students, faculty, and alumni from across the academic and professional spectrum, such as jazz musician and PhD candidate in brain and cognitive sciences Stephen Allsop. “Improvisation is really a powerful tool for moving the boundaries of what we know,” Allsop said, “and this is what we do every day at MIT.”

Megan Smith ’86, SM ’88, who served as the third United States chief technology officer and assistant to the president under President Obama, spoke of MIT’s shaping influence in the capital, from MIT Vice President Vannevar Bush, who helped establish the National Science Foundation, to the thousands of MIT scholars whose work has shaped national and international policy.

As founder and faculty director of the MIT Governance Lab, associate professor Lily Tsai leads a team of political scientists developing new strategies in citizen engagement, government responsiveness, and accountability in developing regions. Whether examining the public mistrust in government during Liberia’s Ebola crisis or the cultural norms underlying the practice of “vote buying” in the Philippines, Tsai views her work primarily as the study of people. For Tsai, MIT offers the perfect climate for research that “grows out of engagement with the real world” and “looks hard at the darkest parts of society and figures out a way to let in the light.”

John Urschel has the unusual distinction of being both a PhD candidate in applied mathematics at MIT and an offensive lineman for the NFL’s Baltimore Ravens. After discovering a love of mathematics as an undergraduate at Penn State, Urschel came to MIT and found “home.” He studies spectral graph theory, numerical linear algebra, and machine learning, and he is proud to be an MIT Dean of Science Fellow. “[My fellowship] puts me in the very best position to do the best work I can,” Urschel said. “I hope that I can make contributions in mathematics that justify the great investment [MIT] has made in me.”

Sangeeta Bhatia SM ’93, PhD ’97 creates tiny nanoparticles that will have an enormous impact on human health. Bhatia directs the Marble Center for Cancer Nanomedicine at the Koch Institute for Integrative Cancer Research and serves on the faculty of MIT’s Institute for Medical Engineering and Science. By integrating nanotechnology with human biology and disease, Bhatia and her colleagues have developed a revolutionary nanoparticle that can locate very early-stage cancers and then activate enzymes that are detectable by a simple urine test. This breakthrough may save some of the millions of lives lost to cancer and was possible, Bhatia notes, “because of the collaborations that are so fundamental to the way MIT operates.”

In his closing remarks, President Reif said that he hoped the evening was “an opportunity to sample the future, as invented by the people of MIT,” and encouraged attendees to help “deliver that future,” through the MIT Campaign for a Better World.

This fall, the Better World tour continues with stops in Boston, Houston, and other national and international locations. For more information, visit https://betterworld.mit.edu/events/.