Scholarships at MIT: Alumnus and Student Linked by Common Goals 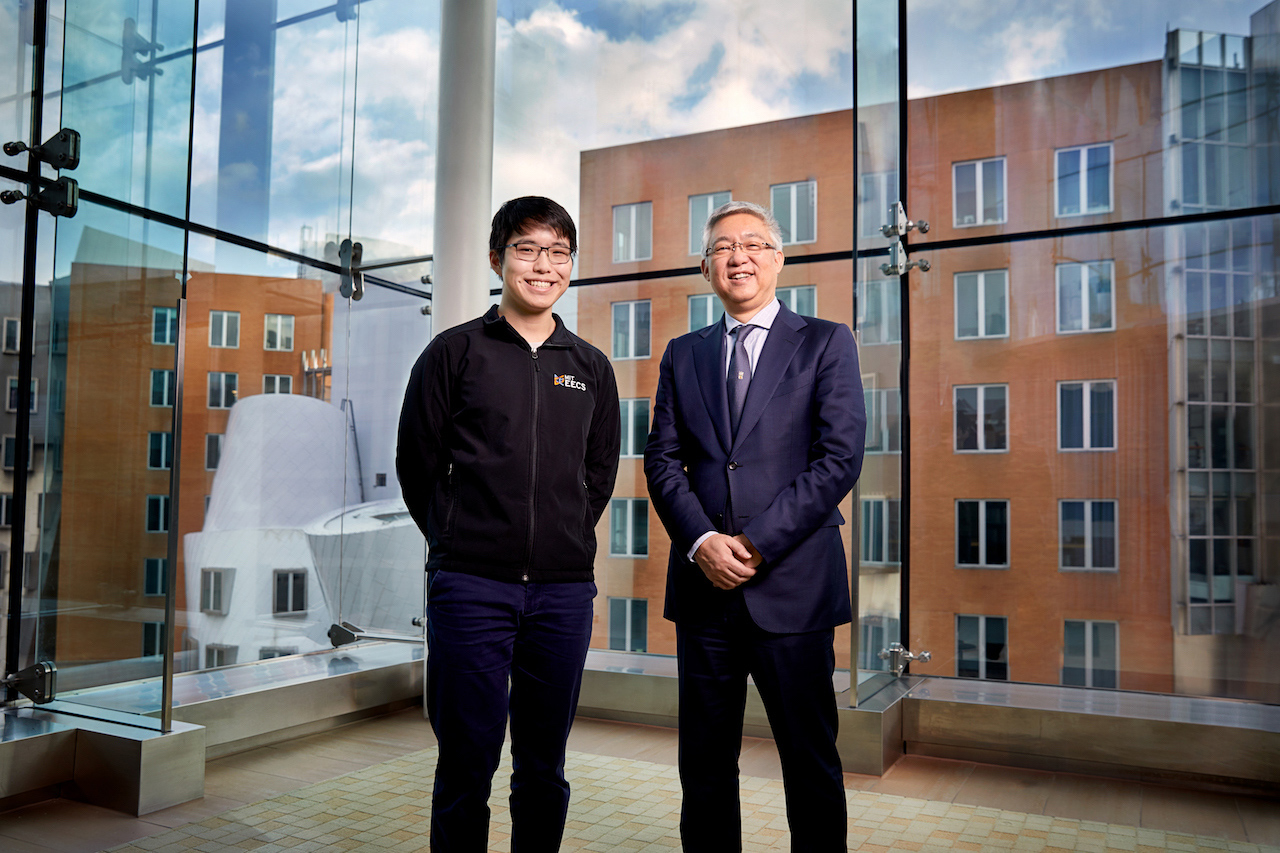 Yichen Zhang’s and Tong Zhao’s MIT experiences may be decades apart, but when they met for the first time in Cambridge recently, the student and alumnus discovered they are united not only by a shared college campus and mutual interest in computer science but also by the impact of scholarships on their lives.

The support Zhang received as a Course 6-3 student in the 1980s is why he decided to fund an endowed scholarship. He also provides endowed support for the Undergraduate Research Opportunities Program (UROP). “From the beginning, I wanted to give to scholarships because that’s what allowed me to attend and get through MIT,” he says. “I wanted to be able to pass that on for others.”

Zhang grew up in Harbin, China, and had the opportunity to attend Phillips Academy in Andover, Massachusetts, as a high school student, also with scholarship support. “I initially didn’t want to go too far from home, but my mother encouraged me to take the opportunity,” he recalls. That decision changed the course of his education and career. He heard about MIT while in the United States and was attracted to the Institute’s application of mathematical models to the study of management. “I always saw management as the best way to combine STEM subjects with the humanities,” he says. That outlook has served him well in his career, which eventually brought him back to China to found multiple companies.

Tong Zhao, who was born in China and emigrated to the United States with his family as a child, started thinking about MIT halfway through high school. “During high school, I participated in a program that basically tosses you into a dorm at Ohio State University, a region I was unfamiliar with, where there was little else to do but learn a truly astounding amount of math,” he says. “I thought, this is pretty hardcore—and I enjoyed it a lot more than I thought I would. It seemed from my research that the only college where you could replicate that experience was at MIT.”

Receiving the Yichen Zhang Scholarship was instrumental in bringing Zhao to MIT, where he’s continuing his studies in mathematics and also exploring computer science. “I do not think I would be in college, any college, if it were not for need-based scholarships like these,” Zhao says. “If I was taking on debt to come here, I would have more of a looming cloud over my head. Being here on a scholarship allows me to pursue the subjects that I like, study the topics that I want to study, and get into the fields that interest me rather than the fields that will immediately pay my bills. I’m very grateful for Mr. Zhang’s philanthropy.”

Freedom to explore his interests at MIT led Zhao to a UROP in the lab of Tomaso A. Poggio, the Eugene McDermott Professor at the Department of Brain and Cognitive Sciences and director of the Center for Brains, Minds and Machines. Poggio develops models of brain function that illuminate human intelligence and builds intelligent machines that can mimic human performance. “I find it interesting how people apply observations from principles and architectures of the brain to how it translates to very powerful things that you can do on a computer,” Zhao explains.

Attending MIT provided opportunities for Zhao to expand his love of mathematics to broader applications, such as artificial intelligence (AI). “I’d become enamored with the idea of AI toward the end of high school,” he says. “When I got to MIT, I knew that this is the best place to learn things like that. I’m glad I will be able to keep pursuing the field, especially with the addition of the Schwarzman College of Computing.”

While Zhao is seeing the effects of a scholarship in the present, Zhang recognizes the long-term impact of receiving financial aid at MIT. He believes he can draw a direct line from his time at MIT to his business successes. “I went to Wall Street after graduation, but I think the MIT training in math, physics, and all the science courses I took cultivated a discipline that was imposed on me academically in terms of logical thinking and problem solving,” he says. Zhang credits his MIT management courses with instilling in him the leadership skills he needed to succeed. “That skillset was invaluable throughout my professional career, allowing me the ability to speak publicly, be a leader, be charismatic. That can’t necessarily be taught in the classroom, but at MIT, those principles were a complement to STEM classes.”

When Zhang looks back on the value that MIT has added to his life and career, it inspires him to continue supporting students like Zhao and help remove the financial obstacles that sometimes come between talented students and the ability to fulfill their educational goals. “As I grow older, giving back to the Institute through philanthropy is becoming an even more important priority in my mind,” he says.