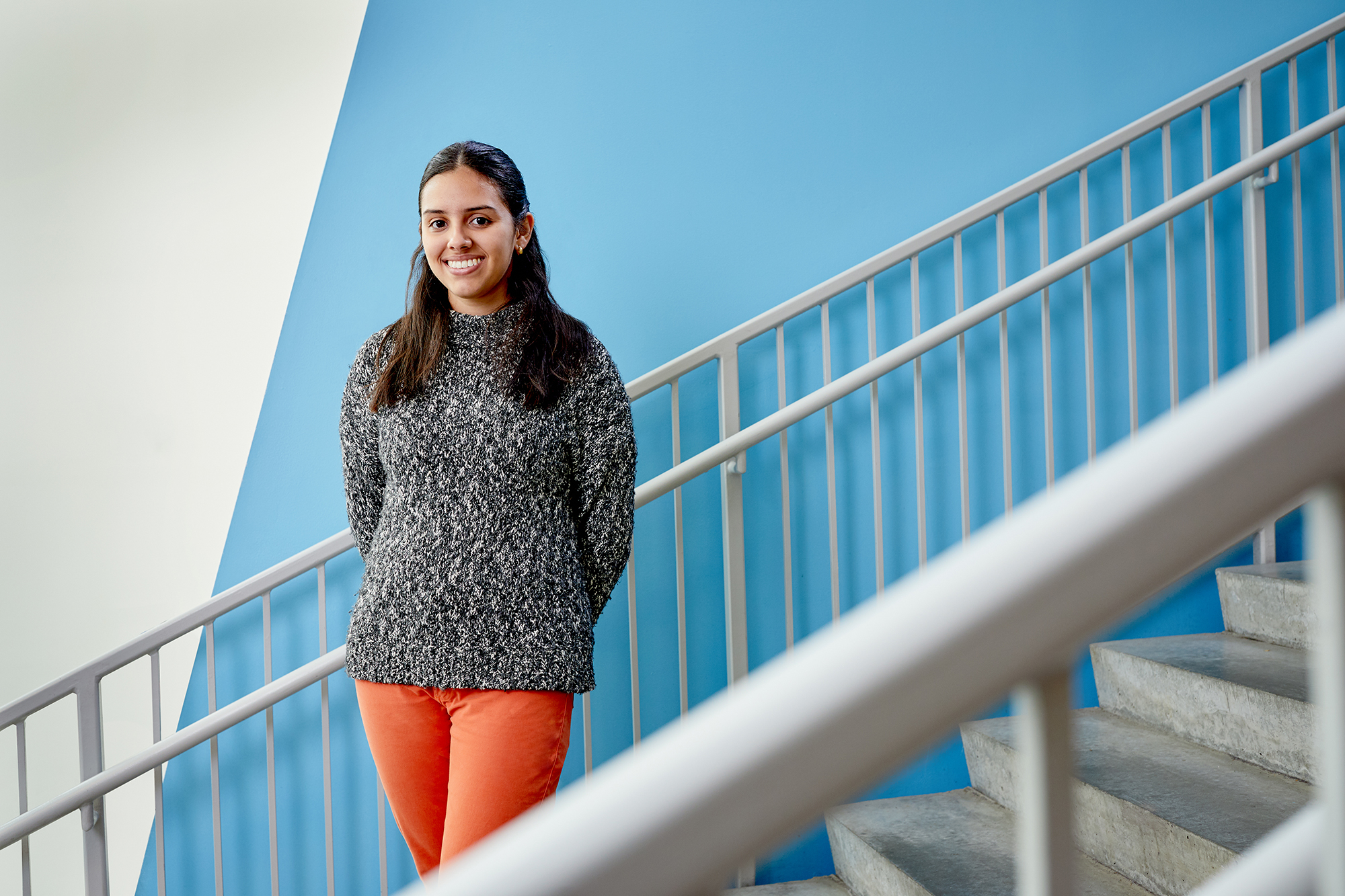 At 13, Carolina Ortega ’21 was one of only three girls participating in her native Colombia’s Mathematics Olympiad. She admired the other two, both high school seniors heading to the International Mathematical Olympiad, and when she heard the following year that both were studying in Massachusetts, “that’s when I discovered there was a place called MIT,” she recalls, laughing. That discovery—and a scholarship—changed the course of Ortega’s life.

Growing up in Bogotá, Ortega was encouraged by her parents to pursue her dreams of studying abroad. She worked hard at her high school courses and excelled at Mathematics Olympiad, achieving top-five status in her country. During high school, Ortega twice represented Colombia in the International Mathematical Olympiad, traveling to Hong Kong and Rio de Janeiro.

Now in her junior year at MIT, Ortega, a recipient of the Wendy Elaine Erb Scholarship, is majoring in mathematics with computer science. Yet she is astonished by how much more there was to learn about math after high school: “My head didn’t imagine what math actually is,” she reflects. As for computer science, Ortega discovered that passion after arriving at MIT. “I knew there was a thing called an algorithm, but that’s about it. I decided to take some computer science classes and if I liked them, I would continue. And I did.”

Would she have attended MIT without a scholarship? “Definitely not!” says Ortega emphatically, noting that her family could never have afforded the cost and that there are federal restrictions on paid work for international students. Ortega is grateful that her scholarship frees her to focus on her studies and give back to the community through service work and extracurricular activities.

When not tackling her coursework, Ortega volunteers with programs like #HelloWorld, run by MIT’s Society of Women Engineers, where she mentors middle school girls in web design, and Code for Good, which matches MIT students with local nonprofits in need of coding assistance. Ortega recently joined MIT’s DanceTroupe, and sings in a student-run a cappella group called Singing for Service, which performs at homeless shelters. “I didn’t dance or sing in high school, and I do those things now and have a lot of fun. At MIT, there are so many opportunities to learn and grow as a person.”

Attending MIT has led to a range of exciting professional and academic experiences for Ortega. Her first college summer was spent in Russia, participating in MIT International Science and Technology Initiatives, and last summer she was chosen for a competitive 12-week computer science internship at Dropbox headquarters in San Francisco. “Lately I’ve been thinking about things I didn’t know a year ago,” Ortega remarks. “How did I survive without that information?”

Ortega says her parents are proud of their daughter’s achievements and plan to travel from Colombia for her graduation in 2021. In fact, her father is studying English for the first time. “He says he wants to understand the Commencement speech,” Ortega says proudly.

Planning to pursue a career in computer systems and security, Ortega is open to opportunities in the United States and abroad. “Getting a scholarship was amazing, and coming to MIT turned my world around,” she declares. “Because of MIT, I understand myself and the world better.”