Scholarships at MIT: Swochchhanda Shrestha ’21 Explores his Past, Present, and Future 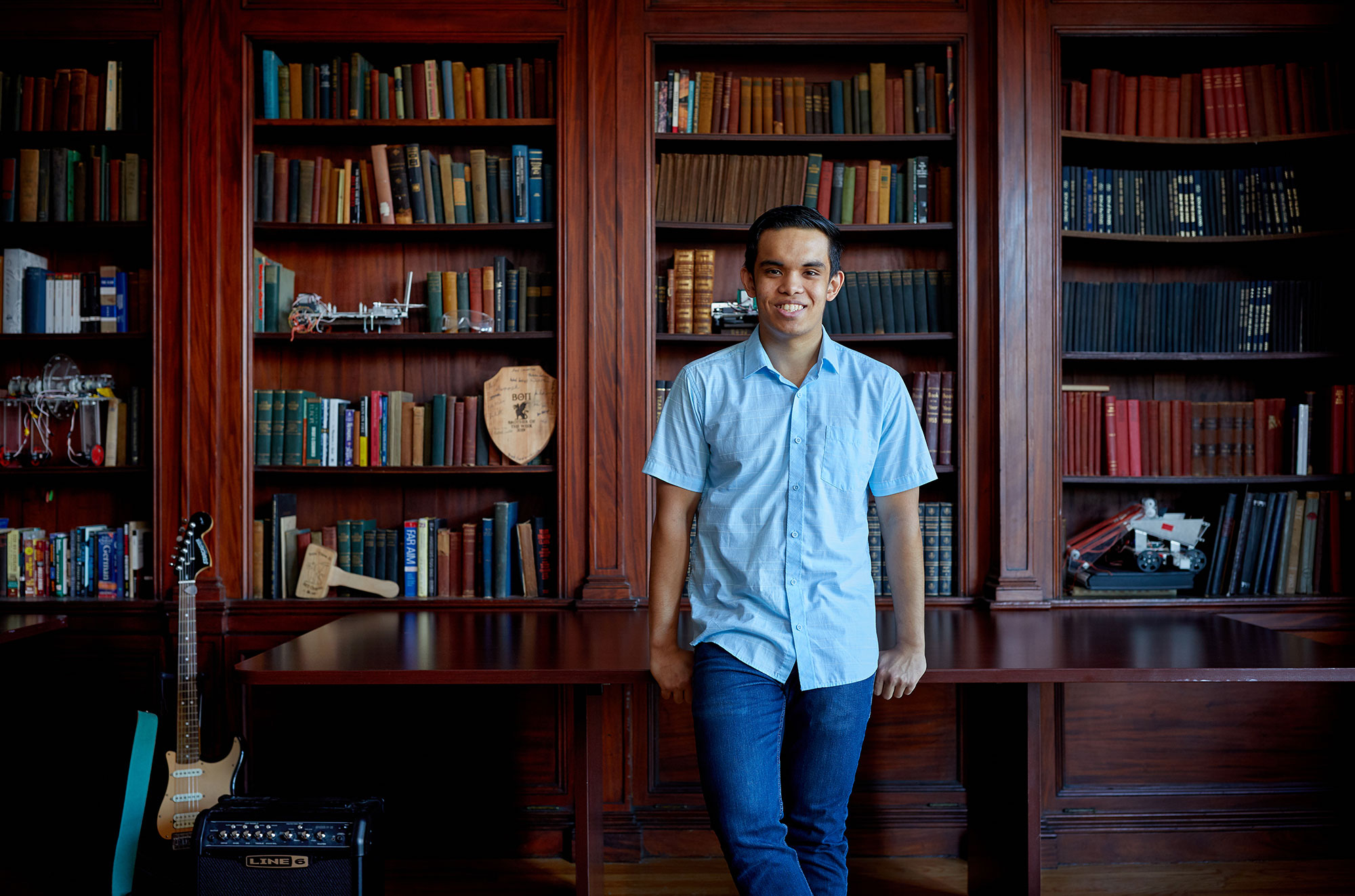 Swochchhanda Shrestha ’21 grew up in south Florida with strong cultural ties to Nepal, where he was born and where he spent his first few years before his family moved to the United States. He was always naturally drawn to math and science, and when he attended a magnet middle school, he had to choose a track: premed or preengineering. It was an easy choice—he never liked the sight of blood.

When making his college decision, Shrestha traveled to Cambridge for MIT’s Campus Preview Weekend. “Experiencing the diversity of MIT firsthand convinced me that it was the right place for me,” he says, “and being a recipient of a Roger Altman Scholarship made attending the Institute possible.”

Shrestha planned to major in aerospace engineering until he participated in an Arete Fellowship conducted by Effective Altruism @ MIT. Through weekly readings, discussions, socials, writing, research, and other activities, Arete Fellows seek a better understanding of how, by thinking critically about their career ambitions, they can do good in the world. “That experience caused me to consider the moral implications of my future career and what I could do to help the world,” Shrestha says. He ultimately decided that his skills and interests were best suited to the clean energy field, where he can pursue climate change solutions.

Experiences in the Undergraduate Research Opportunities Program at MIT (UROP) also informed Shrestha’s choice to study mechanical engineering with an environmental and sustainability focus (UROP opportunities are generously funded by philanthropy, as well). Through these activities, he has worked on a reactor that burns biowaste and collaborated with members of MIT’s Department of Earth, Atmospheric and Planetary Sciences to map the shorelines of Titan, one of Saturn’s moons.

A particularly meaningful experience came through the MIT International Science and Technology Initiatives program. Shrestha worked with a charity hospital in India that treats children with congenital cataracts who would not otherwise have access to the surgery. He helped conduct tests post-surgery to determine how the children’s vision was improving and how their perception of what they were seeing was changing. “The way that you and I may have learned to process what we see is different from what they’re learning, because we had a more gradual experience, whereas these kids are experiencing drastically improved eyesight all at once,” he says. Shrestha’s experiences in India of navigating a foreign country on his own were invaluable, and he was also able to revisit his roots in Nepal. “MIT has opened up my horizons both in terms of education right now and of what my education should be going forward, in the context of the world’s problems.”

Shrestha has built his leadership skills and found a deep sense of community through membership in the fraternity Beta Theta Pi and serving as its chapter president, as well as through MIT’s Interfraternity Council, for which he chaired a committee. “The scholarship support I’ve received throughout my time at MIT has afforded me the ability to engage in so many life-changing opportunities that would not have been an option if I’d had to worry about money and working,” he says. Shrestha is now looking forward to interning in industry, which will be another new experience that he believes will help shape his future after MIT.