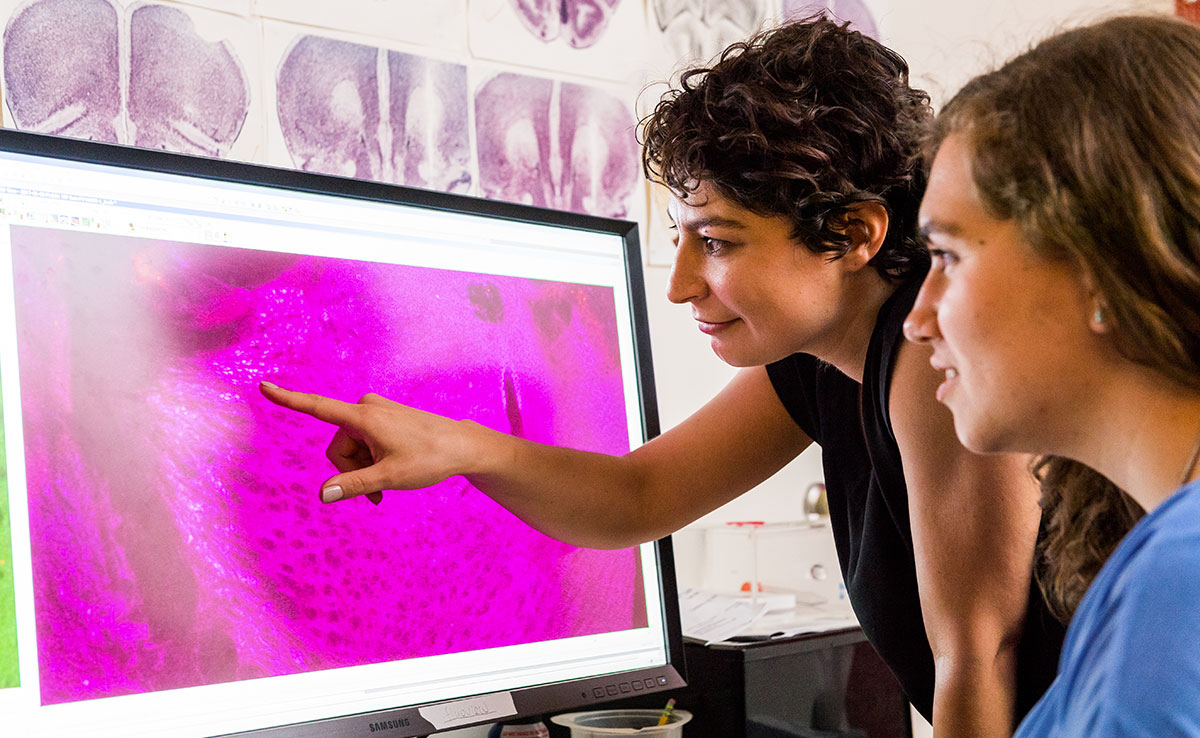 Diseases and injuries to the brain are especially devastating, robbing patients of physical and mental function, eroding personality, and destroying the memories that connect people to the past and to one another. Alzheimer’s disease and other dementias are particularly destructive, but the full range of neurological conditions affects up to 1 billion people, a significant slice of the world’s population. For most, effective treatments or even aids are inadequate or nonexistent.

At MIT, support from the MIT Campaign for a Better World has driven research forward across the field of neuroscience, propelling advances that hold promise for producing effective interventions for people with Alzheimer’s disease, Down syndrome, brain trauma, stroke, Parkinson’s disease, autism, and many other neurological conditions.

The Institute’s leading researchers take a multidisciplinary approach to investigating the molecular, cellular, and circuit basis of neurodegenerative conditions and to exploring possible therapeutics. Researchers are investigating how memory encodes new experiences, how to reverse symptoms of genetic disease, and how to reduce the DNA damage and cognitive decline that comes with aging.

“Because Alzheimer’s disease leads to neurodegeneration and cognitive decline, the best time for intervention may be before those symptoms even begin.”

Over just the past few years, breakthroughs have ranged from discovering a gene linked to familial amyotrophic lateral sclerosis (ALS) to using gene editing to develop new models of autism and even designing a potential Alzheimer’s disease treatment based on using sound and light to stimulate brain waves.

Thanks to the founding of major new neuroscience centers established at the Institute, this cutting-edge work is now accelerating.

The most common form of dementia, Alzheimer’s disease affects tens of millions of people worldwide. While there is as yet no cure for this terrible disease, work under way at The Picower Institute for Learning and Memory holds out the promise of an innovative, noninvasive treatment based on using sound and light to stimulate brain waves. Led by Li-Huei Tsai, the Picower Professor of Neuroscience and director of the Picower Institute, this work has already led to a clinical trial.

Brain waves at the frequency of 40 Hz are diminished in Alzheimer’s disease, but can be restrengthened with light and sound presented at that frequency.

New Understanding of Down Syndrome

Launched in 2019, the Alana Down Syndrome Center at MIT is working to deepen knowledge about Down syndrome and to improve the health, autonomy, and inclusion of people with this genetic condition. The study of Down syndrome could also lead to profound mechanistic insights and new treatments that improve cognitive function for others with cognitive, psychiatric, or neurodegenerative disorders.

MIT’s McGovern Institute for Brain Research has unveiled a major new research effort, the K. Lisa Yang and Hock E. Tan Center for Molecular Therapeutics in Neuroscience, designed to change how we treat brain disorders by developing innovative molecular tools that precisely target dysfunctional genetic, molecular, and circuit pathways. These next-generation therapeutics take aim at the genes or brain regions that are relevant to a specific disorder and employ highly engineered biologics and complexes of chemicals and nanodevices for targeted drug delivery.

“Developing the next generation of molecular therapeutics demands collaboration among researchers with diverse backgrounds. The multidisciplinary expertise convened by the K. Lisa Yang and Hock E. Tan Center for Molecular Therapeutics in Neuroscience will revolutionize how we improve our health and fight disease in the coming decade.”

What neural mechanisms underlie social cognition and behavior, and can such knowledge be used to improve the diagnosis and treatment of autism spectrum disorders? This is the question driving work at the Simons Center for the Social Brain, founded with a visionary gift in 2011. Recent research has provided new insight into noise hypersensitivity, a common autism symptom.

Autism is also the focus of the Hock E. Tan and K. Lisa Yang Center for Autism Research at the McGovern Institute, which was founded during the Campaign for a Better World. Several MIT researchers within the center are investigating the development of synapses and circuitry and the ways in which they are disrupted in brain disorders such as autism. For example, neuroscientists have successfully identified structural and functional disruptions in a brain region linked to altered social interactions in a mouse model of autism.

A Fact-Based Look at Cannabis and Health

With the increasing use of cannabis both for medicinal and recreational purposes, there is a growing concern about critical gaps in knowledge. With new funding, scientists at the McGovern and Picower institutes are working to fill this gap, conducting independent research that may ultimately help unravel the biology of cannabinoids, illuminate their short- and long-term effects on the human brain and behavior, catalyze treatments, and inform evidence-based clinical guidelines, societal policies, and regulation of cannabis.