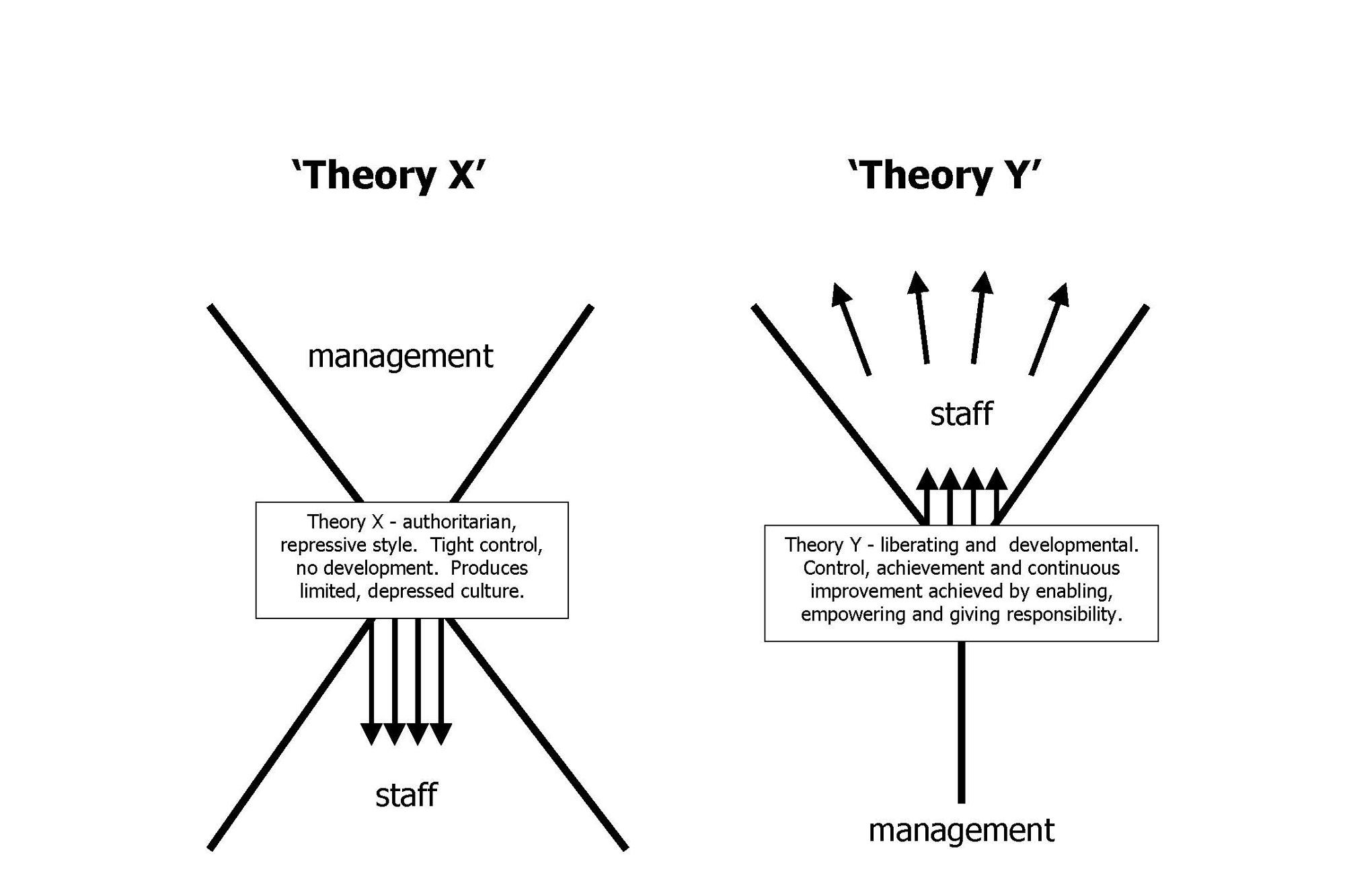 First proposed by McGregor in 1960, Theory X and Theory Y are two of the most famous innovations in organization development to come out of the MIT Sloan School of Management. Effective managers basically have an optimistic view of human nature—Theory Y. Ineffective managers, by contrast, tend to assume that people are lazy and unreliable—Theory X. Today, it’s widely accepted that good management requires a Theory Y orientation.