Transforming Learning and Teaching at MIT and Beyond 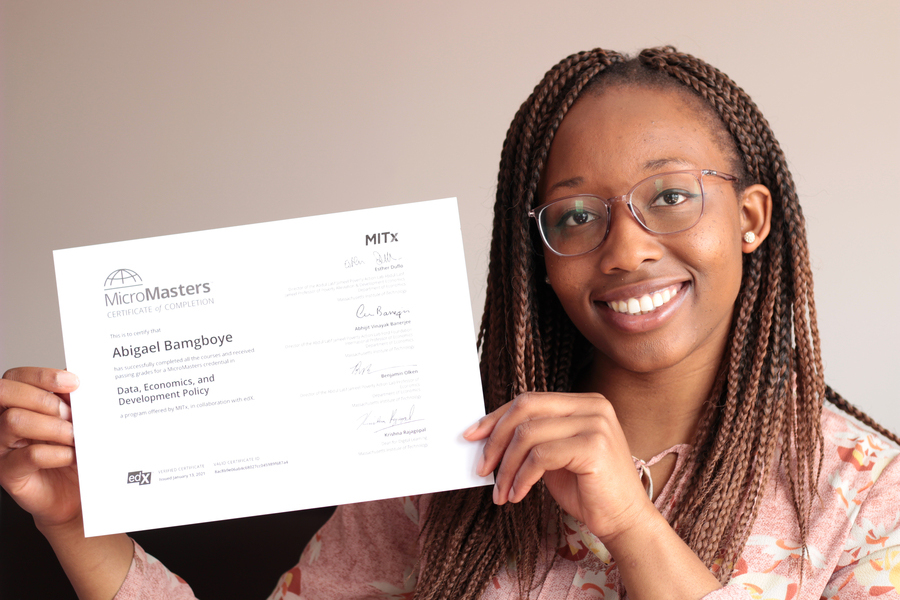 Open Learning is bringing MIT teaching and research to the world and reinventing how education is delivered, on campus and beyond.

The numbers tell the story.

More than 200 million individuals have accessed MIT OpenCourseWare (OCW) in the 20 years since the Institute began offering courses and teaching materials from across its curriculum online for free.

More than 10 million people have registered for a massive, open, online course (MOOC) through MITx, which provides an in-depth and interactive educational experience from content delivered on MIT campus.

More than 242,000 MITx certificates have been earned by learners worldwide who have completed the innovative courses via computer and smartphone.

When the Covid-19 pandemic struck, hundreds of thousands of learners were able to turn to educational resources from MIT Open Learning to support their academic and lifelong learning goals.

People around the globe credit the many online resources from MIT Open Learning for expanding their knowledge and shaping their paths, professionally and intellectually.

“Every night, I would learn something new. I never want to stop learning and thinking beyond my limits.” —Samip Jain SM ’20, who spent three years after college in India taking MITx courses online

“I totally love OCW. Period,” says Mehmet Volkan Cakir, a postdoctoral researcher at the University of Leipzig in Germany, who uses OCW “to satisfy (his) curiosity.” He says: “It’s making high-quality classes, notes, problems, and discussions from the most qualified and joyful people available to anyone with internet access. That’s so valuable that I think we will appreciate its effect more and more in the future.”

“I Never Want to Stop Learning”

Abigael Bamgboye, a graduate of Imperial College London who works as a consultant at Bain & Company, logged more than 800 hours of online learning on her way to completing the MITx MicroMasters Data and Economic Development Policy program.

The MITx MicroMasters Programs offer a professional and academic credential for online learners anywhere in the world who seek focused, accelerated advancement. Learners who enroll in a program—no admission required—take a series of graduate-level online courses taught by MIT instructors. A credential is earned by completing the course and passing one or more proctored exams. MITx MicroMasters credential holders are then eligible to apply to over 160 graduate programs from 46 schools in 30 countries (including MIT), expanding pathways to graduate study globally.

“There are so many ways the MicroMasters [program] has enhanced my life,” Bamgboye says, “from broadening my horizons to equipping me with new skills to providing me with the vocabulary and context to participate in conversations and activities I am interested in.”

Read more: MicroMasters—Improving Lives, Through the Lens of Economics

“Every night, I would learn something new,” says Jain, who went on to receive his master’s degree at MIT in integrated design and management. “I never want to stop learning and thinking beyond my limits.”

“ReACT gave me not just the knowledge—it gave me access to opportunities I never dreamed of,” said Hizzani, who was among the 28 students earning a Certificate in Computer and Data Science while tuned in to the 2020 virtual commencement ceremony from such locations as Jordan, Rwanda, Syria, Kenya, Lebanon, and Palestine.

A Catalyst for Important Work

MIT Open Learning is a “learning catalyst,” says Sanjay Sarma. As vice president for Open Learning at MIT, Sarma oversees a broad array of initiatives and programs, including the Office of Digital Learning, the MIT Integrated Learning Initiative, and the Abdul Latif Jameel World Education Lab. He also is the Fred Fort Flowers and Daniel Fort Flowers Professor of Mechanical Engineering at MIT.

“We bring MIT’s core academics to an online audience through programs like OpenCourseWare, MITx, MicroMasters Programs, and digital learning, while at the same time contributing to foundational research in areas ranging from cognitive neuroscience to education policy,” Sarma says.

“We’ve become a powerhouse: a catalyst for important work that elevates practice and policy by looking at education through the lens of an engineer.” –Sanjay Sarma, Vice President for Open Learning

The foundation for MIT Open Learning was laid in 2001 with OpenCourseWare, which marks its 20th anniversary this year. “It was a bold experiment to open up MIT’s curriculum and teaching to the world,’” Sarma says. “The creation of OpenCourseWare sparked a movement of open educational resources.”

The OCW website now hosts nearly every course in MIT’s curriculum. With more than 2,500 courses and supplemental materials online and more than 6,000 videos on its associated YouTube channel, OCW has logged more than 500 million visits and provided more than 5 billion minutes of learning.

In 2011 MIT launched MITx and in 2012, with Harvard University, founded edX, a platform that hosts MOOCs for which learners can earn a certificate upon completion. The MITx course Introduction to Computer Science using Python, first offered in 2012, became the most popular MOOC in MIT history in 2018 when it surpassed 1.2 million enrollments. Today, MIT Open Learning is leading new efforts to build the next generation of digital learning platforms and technologies to support the future of learning, from mobile-responsiveness to assistive learning to virtual reality simulations.

Over the course of the Campaign, MIT Open Learning has grown tremendously, Sarma says. “Thanks to broad support, we were able to launch a number of initiatives, expanding our portfolio of digital learning offerings to include pre-K through 12 and particularly workforce learning and professional development.”

MIT launched the MIT Integrated Learning Initiative (MITili) to examine in depth how people learn from the earliest stages. “If we better understand how we learn,” Sarma says, “we can adapt the delivery of that learning, in person and online. Led by a neuroscientist and an economist, MITili looks at learning science from ‘neurons to nations.’”

Meanwhile, a Campaign gift launched the Abdul Latif Jameel World Education Lab, which enables MIT to work with universities, schools, and organizations around the world to help them innovate by drawing from MIT’s research and practice.

Pre-Covid-19, Open Learning’s residential team worked with faculty on digital learning strategy, both in producing online courses for a wider public audience and in using digital learning tools within their own classrooms to create hybrid learning models.

“We were already doing that capacity building before the pandemic,” Sarma says. “When the crisis hit, MIT was able to more rapidly transition because we had that support team and that expertise of evidence-based practice.”

MIT doesn’t have a traditional school of education, Sarma notes. “Open Learning has grown into that place, in doing foundational educational research that is informing the design of learning experiences on campus as well as online,” he says. “We’ve become a powerhouse: a catalyst for important work that elevates practice and policy by looking at education through the lens of an engineer.”

“Open Learning is leading MIT’s efforts to reimagine education in a changing world. At this moment in time, with a pandemic and a global reckoning around racial equity and disparity, education is a powerful vehicle. We’re opening up access to education, and supporting learners and educators where they are.”

Campaign Impact Teaching Learning and Living
Give to MIT