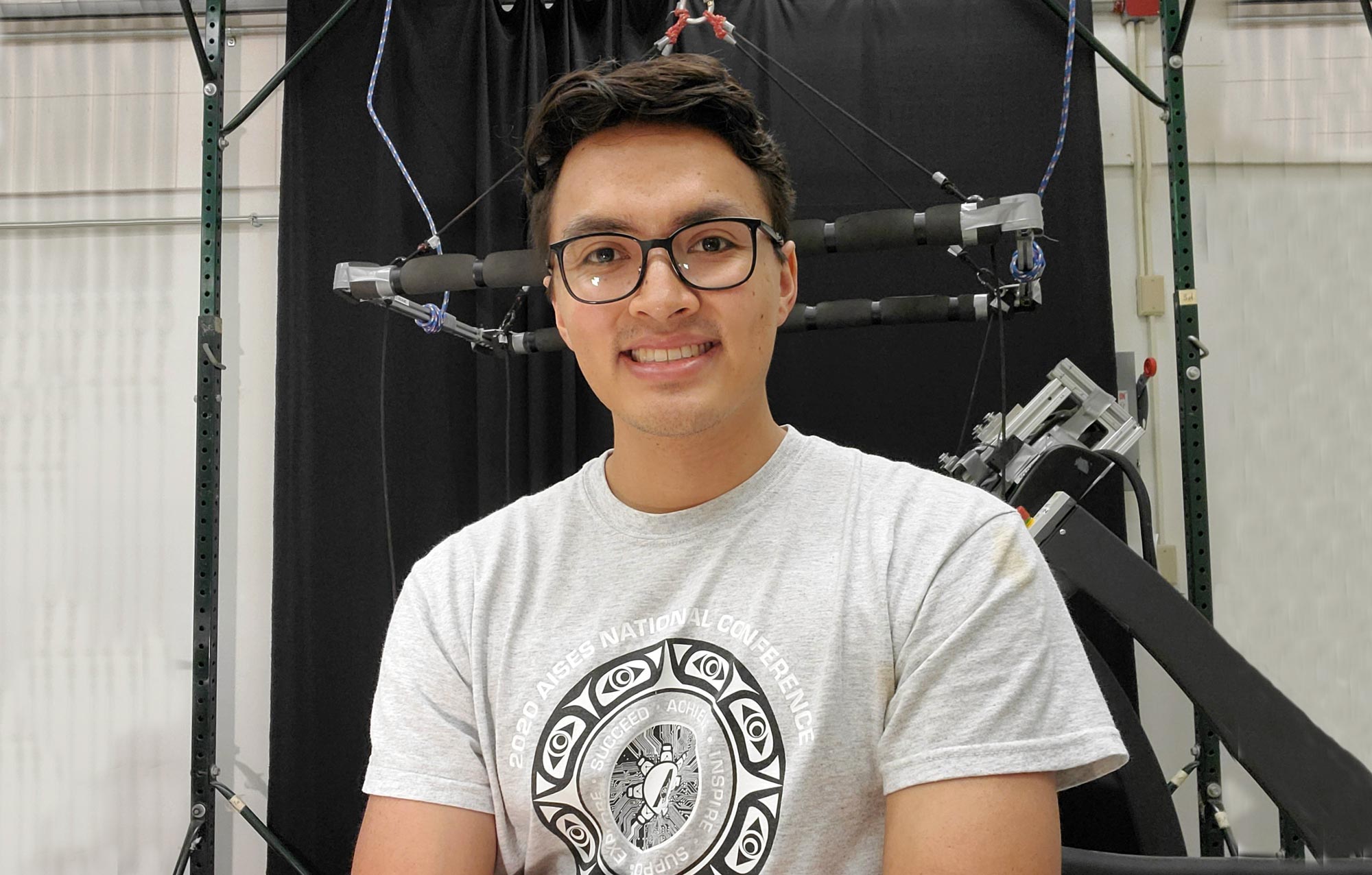 On the Navajo Nation reservation between Tse Bonito, New Mexico, and Fort Defiance, Arizona, where Alvin Harvey SM ’20 grew up, his grandmother didn’t have running water. “In a way it was almost like living on Mars,” Harvey recalls.

Today, Harvey’s understanding of the challenges of living with limited resources informs his main research interest: safeguarding the health of astronauts on space flights. Harvey, a licensed pilot who would like to become an astronaut himself someday, says he hopes the work he’s doing, which includes designing reduced gravity harnesses, will also have useful applications on Earth—in patient rehabilitation, for example.

He credits the MIT Summer Research Program and support from the Garriott Space Fund and other fellowship funding for making his graduate studies possible.

At MIT, he says, he has been given the opportunity to pursue space research while at the same time reflecting on his Indigenous cultural roots. Advocating for First Nation values and respect for the Earth to be extended to the moon and stars, he asks, “How can we make space sustainable?”