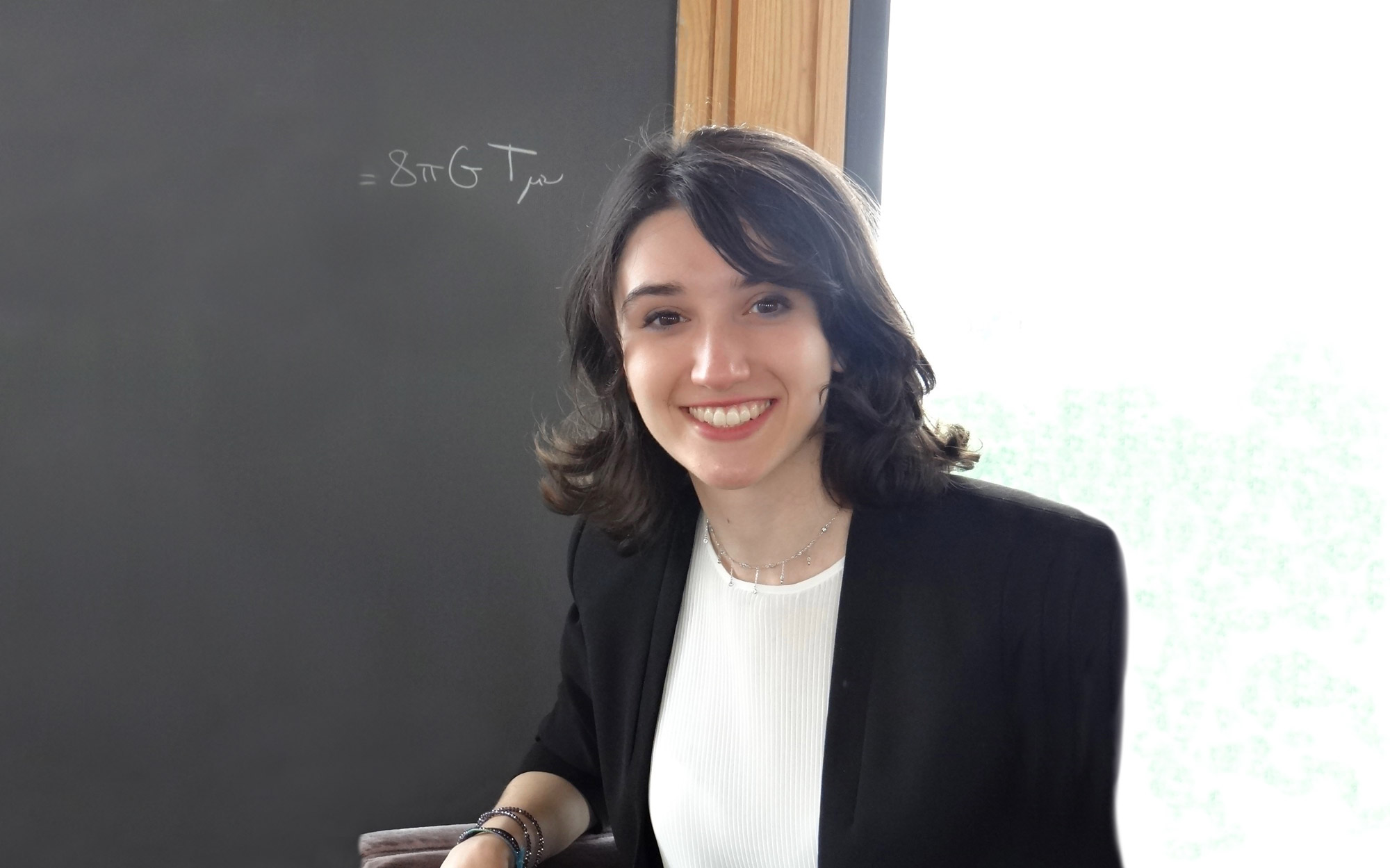 Elba Alonso-Monsalve is fascinated by black holes. “We don’t know the laws of physics inside black holes,” she explains. “We can’t know what it’s like to jump into one until we find new, improved laws.”

In particular, Alonso-Monsalve is intrigued by a famous conundrum known as the “black hole information paradox,” which pits what is known about quantum mechanics against the theory of general relativity. The problem, she explains, is that while quantum information must last forever, it seems to vanish without a trace when black holes shrink and disappear by emitting radiation.

MIT’s Center for Theoretical Physics is the ideal place to investigate such mystifying behavior, says Alonso-Monsalve, recipient of the Frances and Arthur Peskoff Physics Fellowship. “Having a fellowship is very helpful because I’m not restricted to the funding of a specific professor,” she says. “I’m really interested in interdisciplinary research, in how people can learn from each other.”

Alonso-Monsalve is enthusiastic about the possibilities for future discoveries at MIT, long regarded as a worldwide leader in physics research. “Because of MIT, I’m able to understand parts of the universe that are supposed to be out of reach for humans,” she says.