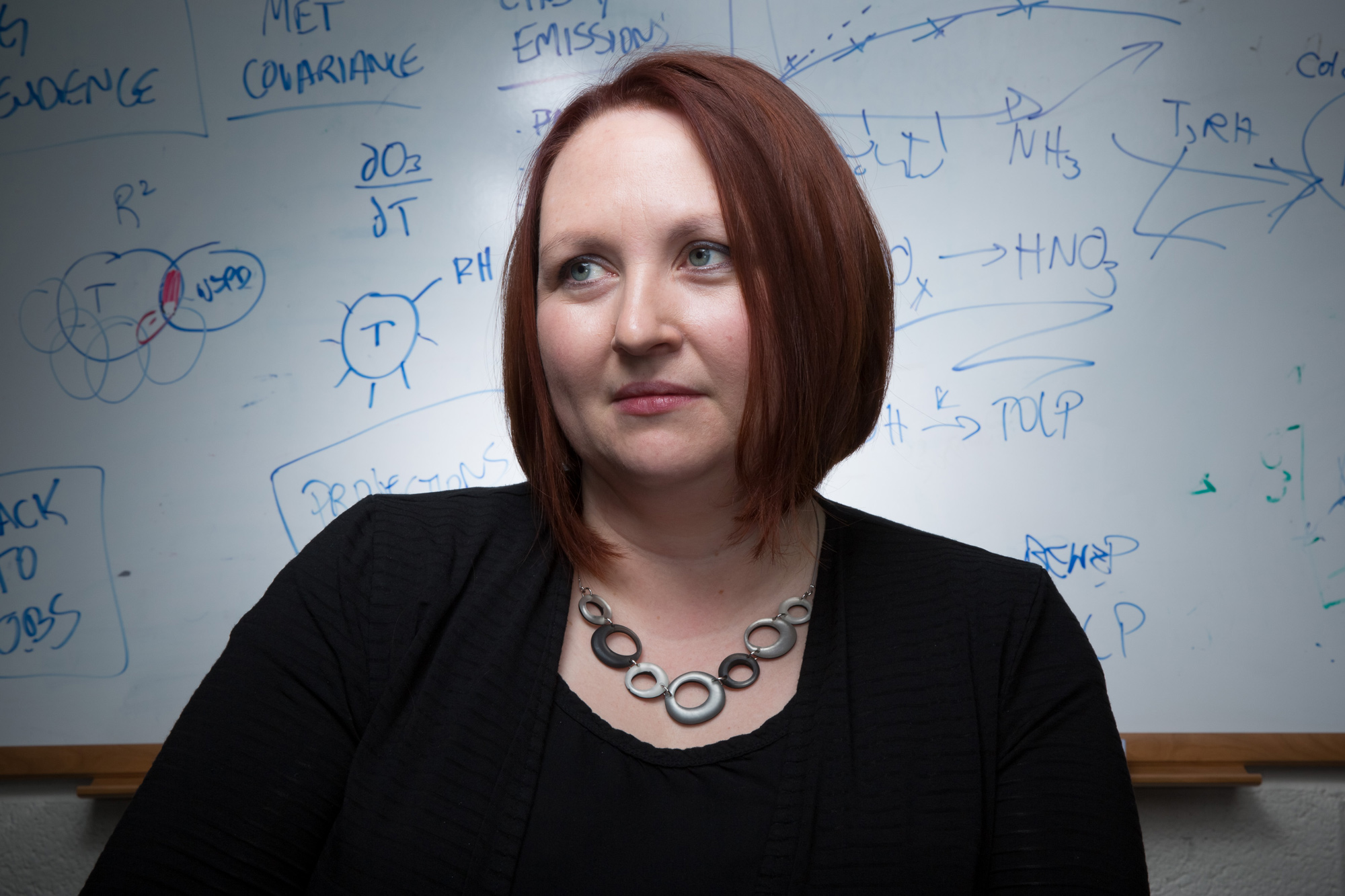 Considerable study has been devoted to climate change and its deleterious effect on agriculture and food supply—but one less-investigated aspect has been the interaction between rising temperatures and air pollution. Atmospheric chemist Colette Heald, Mitsui Career Development Associate Professor in the Department of Civil and Environmental Engineering and Department of Earth, Atmospheric and Planetary Sciences, is a coauthor of the first study bringing those occurrences together.

Published in Nature Climate Change, the study looks at global production models of rice, wheat, corn, and soy, with effects of ozone and temperature varying by crop (wheat is more sensitive to ozone exposure, while corn is more affected by heat) as well as by region. In one worst-case scenario, Heald predicts malnourishment in developing countries could jump from 18% to 27% by 2050.

Heald believes that some of the worst impacts can be mitigated with more accurate climate and pollution data, which could help inform farmers’ choices about what to grow. But, she notes, “limiting the environmental risk to food production worldwide requires government intervention to reduce emissions, and society needs to think about tackling CO2 sooner rather than later.”

Linking her broader examination of atmospheric composition to air pollution, climate change, and other environmental factors “is a real societal driver behind my research,” Heald says. “While I don’t actually work in the policy world myself, it underpins my research, and that’s a very motivating connection.”

MIT News: There's Something in the Air