“Making at MIT is the foundation of how we solve problems. It is the kinetic relationship between our mind imagining what can be and our hands making what needs to be.”

A prototype of a medical device; a sign for an MIT campus garden; a 3-D-printed adjustable spoon; a motorized skateboard—these are just a few examples of what MIT students and community members are creating in MIT makerspaces. What else to expect from a place whose motto is “mens et manus” (“mind and hand”)? Here, theory and knowledge are transformed into practical experience, problem-solving skills, and potentially world-changing products.

The spirit of making is central to MIT’s residential education and critical to the Institute’s innovation ecosystem, which supports the creation of practical solutions that have a positive, real-world impact. MIT data show that men and women seek opportunities to use makerspace resources in equal numbers. MIT launched Project Manus in 2015 to give students—many of whom were making things in their dorms or off campus—access to state-of-the-art facilities for like-minded people to come together to work on projects and solutions across different disciplines. Makerspaces are also included in many student residences by popular demand; the new Vassar Street residence, slated to open in 2020, will also include a maker yard for even more experimental space. 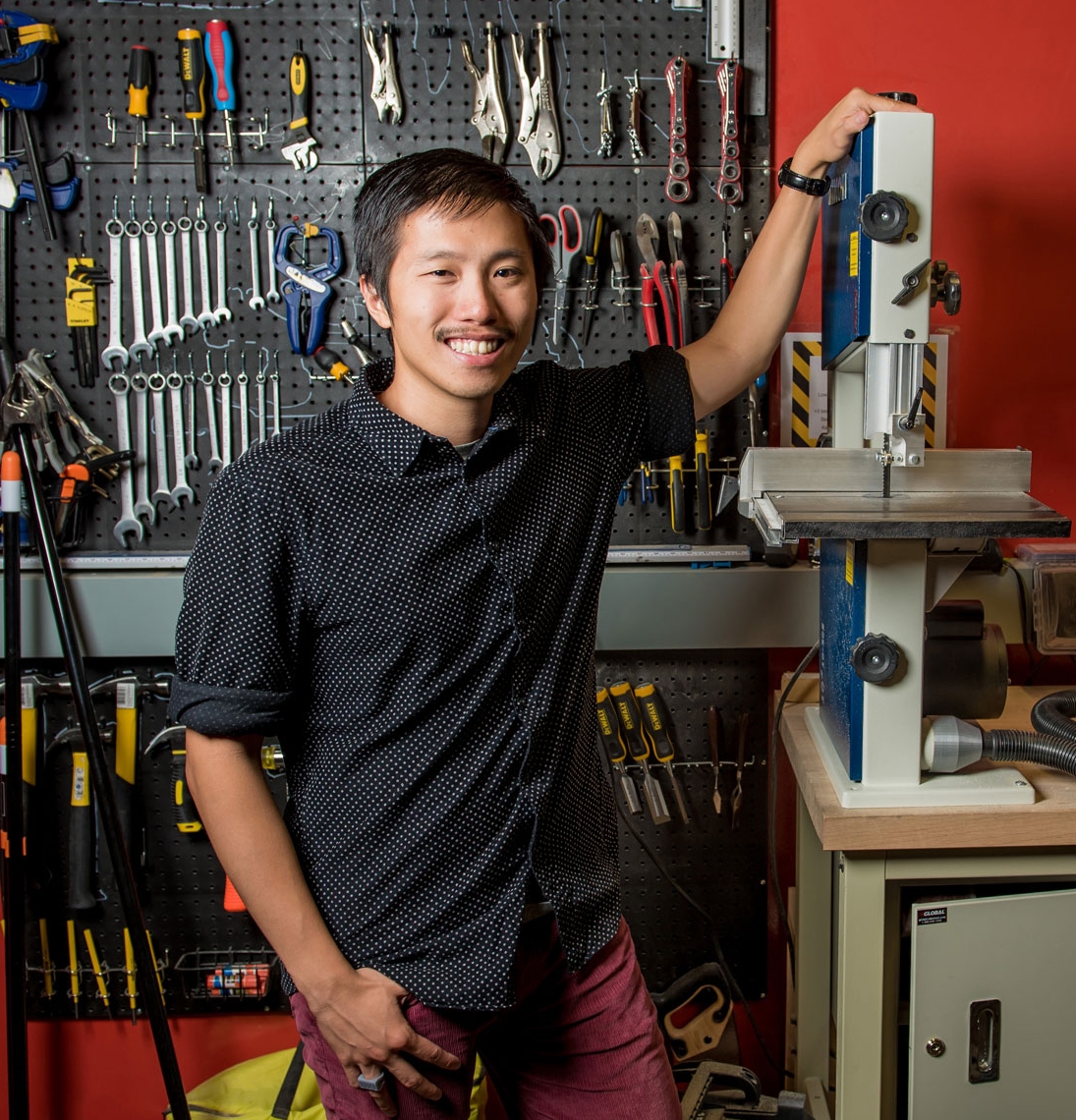 “Making is very powerful. You learn all these theoretical concepts that are useful in the classroom, but until you make something, there is so much you don’t know.”
—Weixun He ’19 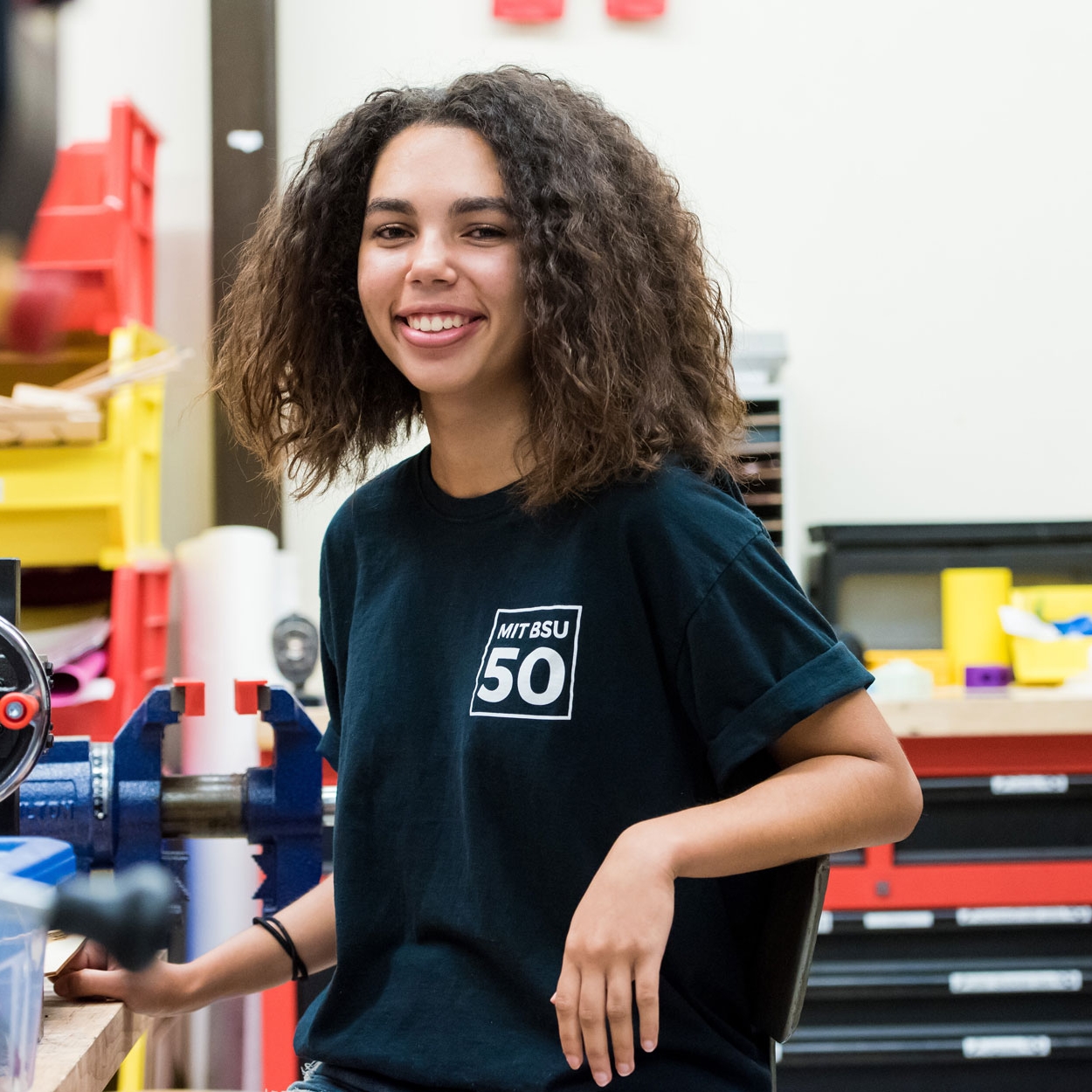 “I discovered through makerspaces and a lot of the more hands-on classes I took over the year that I really like making things. MIT gives you access to pretty intense machinery. There aren’t many barriers. You can go through an orientation, go through training, and get going.”
—Sabrina Hare ’22 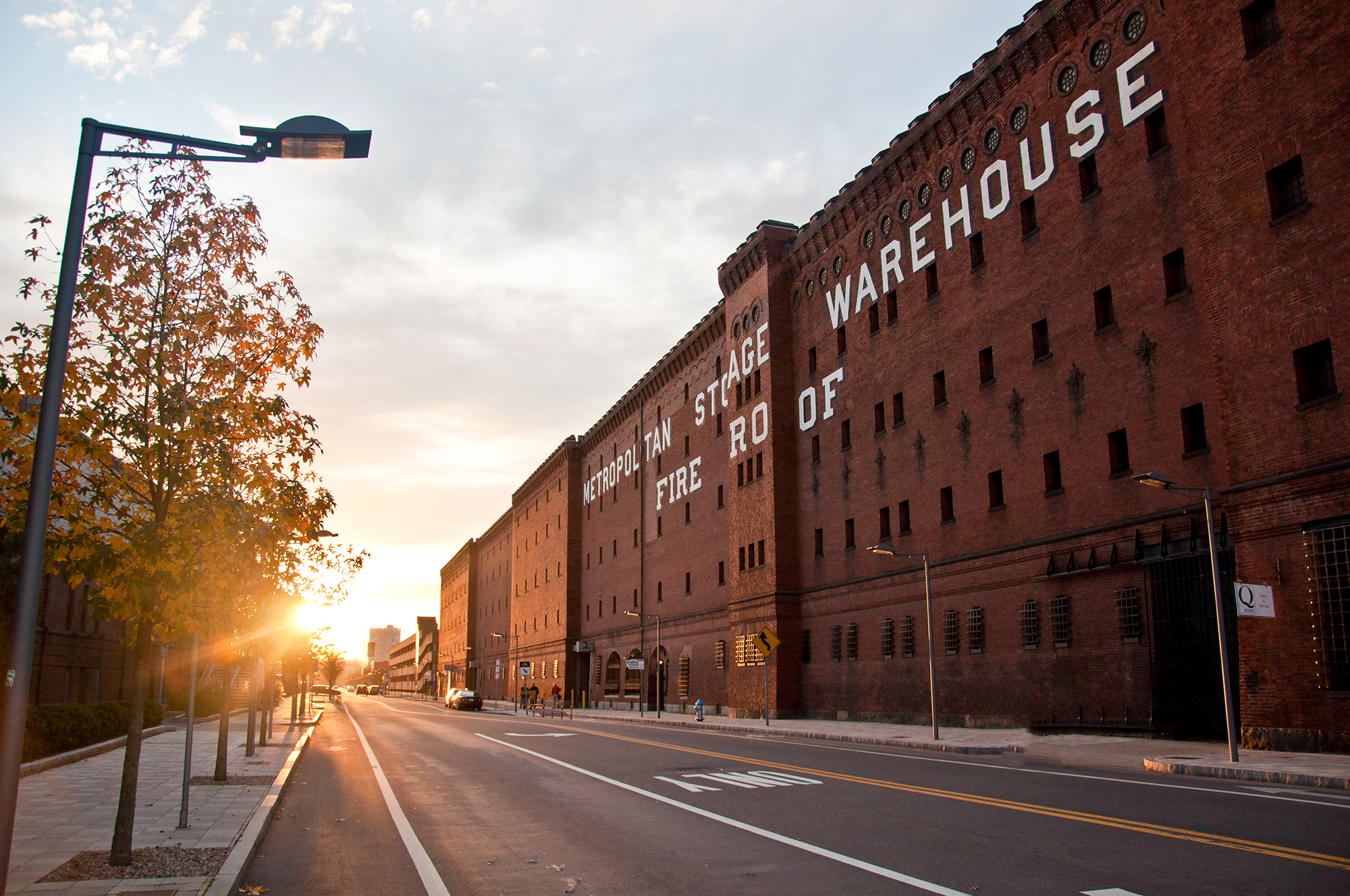 “Our goal is to create a makerspace that will set the gold standard for the next generation. It will cultivate our students’ deep passion for learning, inventing, tinkering, and creating.”

The Metropolitan Storage Warehouse—better known as the Met Warehouse or the Met—has been a formidable presence at the corner of Massachusetts Avenue and Vassar Street in Cambridge for more than a century. The distinctive fortress-like building has been owned by MIT since 1966. MIT’s vision is that it will begin its new life as the Institute’s “design hub” in 2022. An approximately 17,000-square-foot community makerspace—the Met makerspace—will be the central feature of the first floor of the Met, becoming the largest academic makerspace of its kind in existence and the first makerspace at MIT dedicated to making all resources in the space 100% accessible now and in the future.

The Met makerspace will be a game changer for making at MIT. This centralized, free-form innovation nexus will be a destination for students, alumni, faculty, and staff of all departmental and school affiliations. While the Met Warehouse will also be the new home of the MIT School of Architecture and Planning, the makerspace, which will be operated by Project Manus and student workers, will not be tied to a particular department and will function more like a library or a gym than a classroom. Whether visitors are working on projects related to research, class work, entrepreneurship, or just for fun, the Met makerspace is open.

“Making at MIT is part of our DNA, and the Met makerspace will be the big community space for the Institute. When makers and entrepreneurs mix together from all disciplines, the result is fantastic and amazing solutions. We don’t have a nexus right now where that can happen. The Met makerspace will be the place where the MIT maker community can come together and learn to collaborate and form connections, and that’s going to be a hugely powerful thing.”

Through multiple initiatives, Project Manus is fostering a broader maker community and inspiring making beyond MIT through collaborations with peer universities, industry, and governments, and the Met makerspace will be a key part of that endeavor. For example, through telecommunication technology, the Met makerspace will link to the MIT Hong Kong Innovation Node, a collaborative space that aims to connect the MIT community with unique resources—including advanced fabrication capabilities—and other opportunities in Hong Kong and the neighboring Pearl River Delta.

The Met makerspace will vastly increase MIT students’ access to the resources required to iterate and drive world-changing ideas toward realization and adoption by the marketplace. It will also be a low-stakes environment for students to let their creativity run free. No matter what a visitor’s goal may be, the Met makerspace will have the tools and resources they need to reach it. 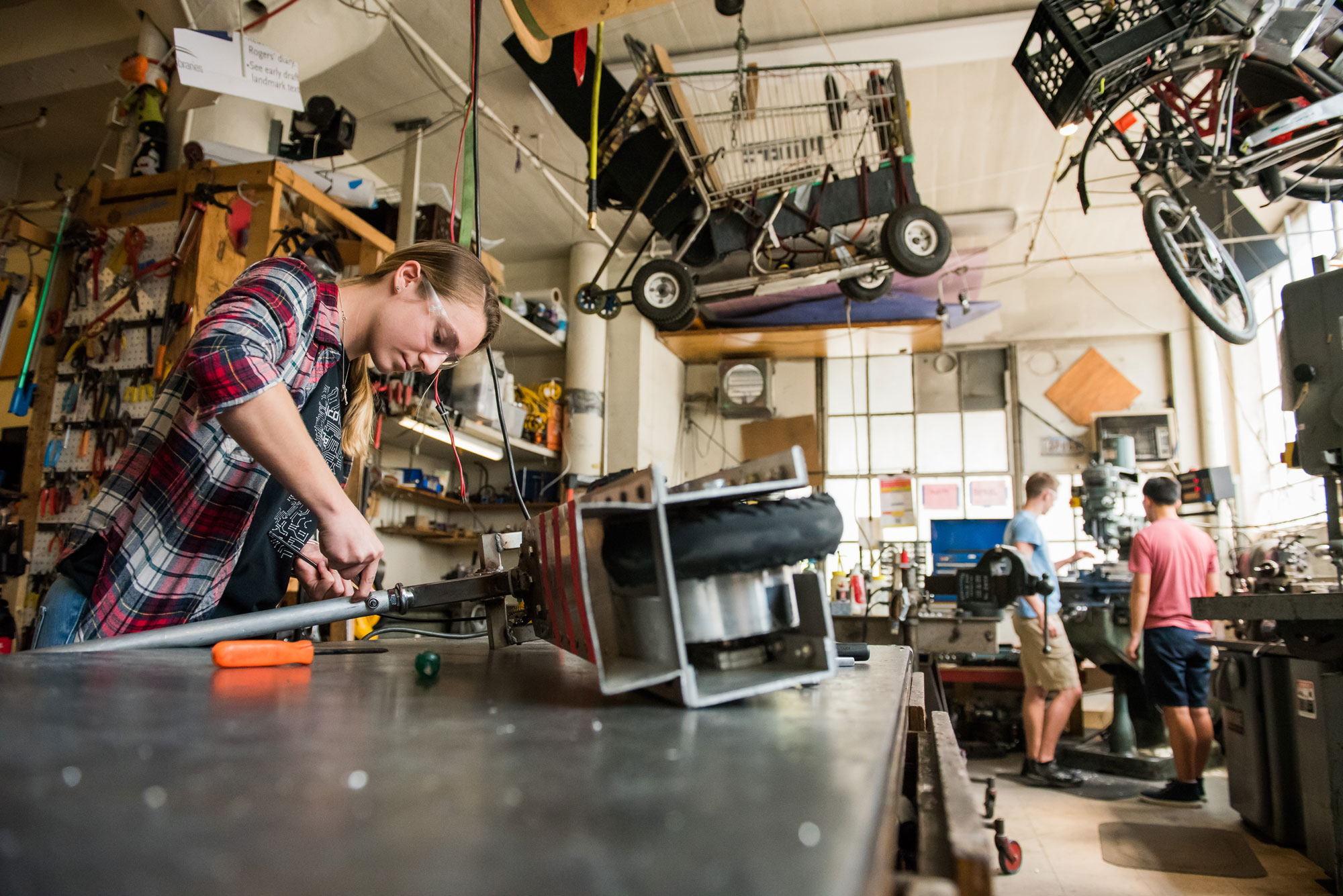 “As a kid, I wanted to be an inventor, and then I realized that wasn’t a real job. But being here at MIT has helped me make that come true.”

People—students, faculty, alumni, and staff—are the driving force behind MIT’s vibrant maker culture and community. Time and again, it is clear how makerspaces foster student success by supporting the development of confidence, perseverance, collaboration, and imagination—not to mention students’ useful, quirky, and innovative projects.

For that reason, it is important to foster and strengthen the maker community across campus. Hands-on education changes the way students learn and transforms the way they think, particularly in today’s innovation-driven world. 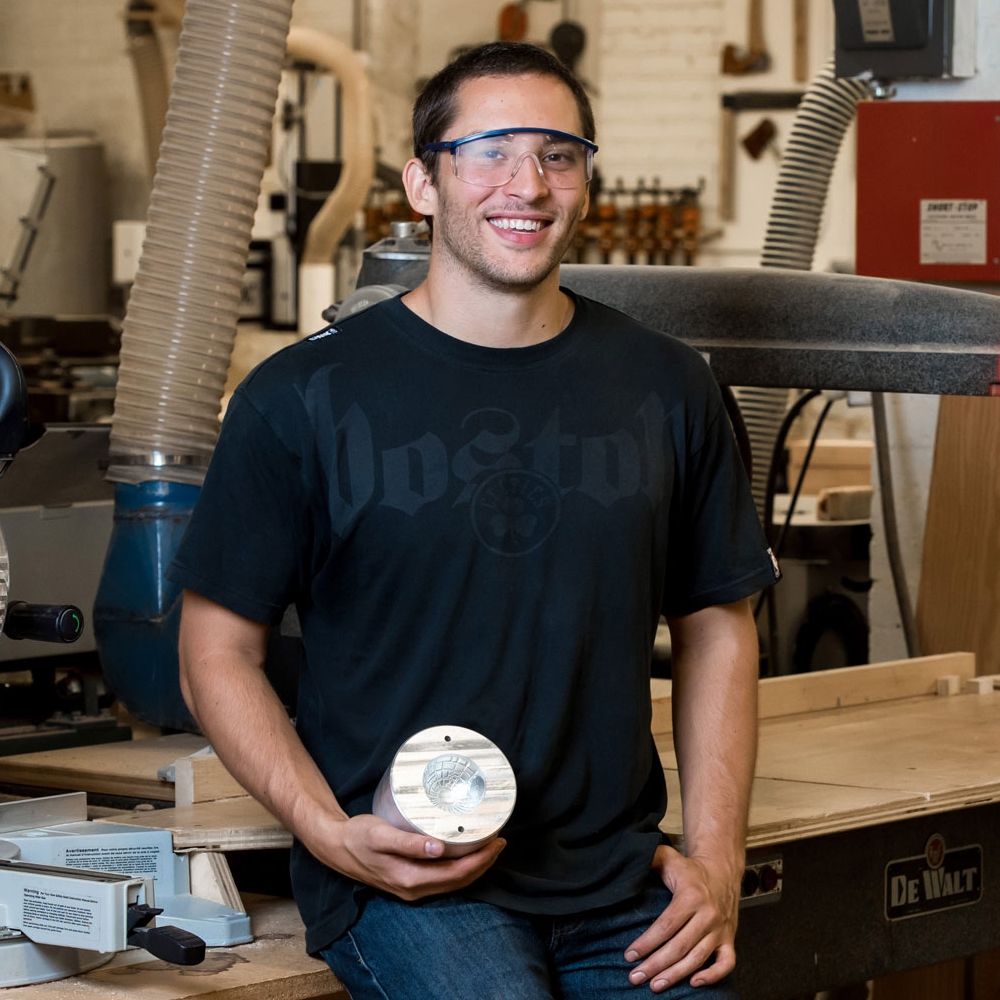 “The making culture at MIT is very collaborative and helpful. I never met someone that turned me down when I asked for help. Everyone’s there because they think that making things is awesome. Being in that environment, you really can’t go wrong.”
—Bobby Johnston, physics graduate student 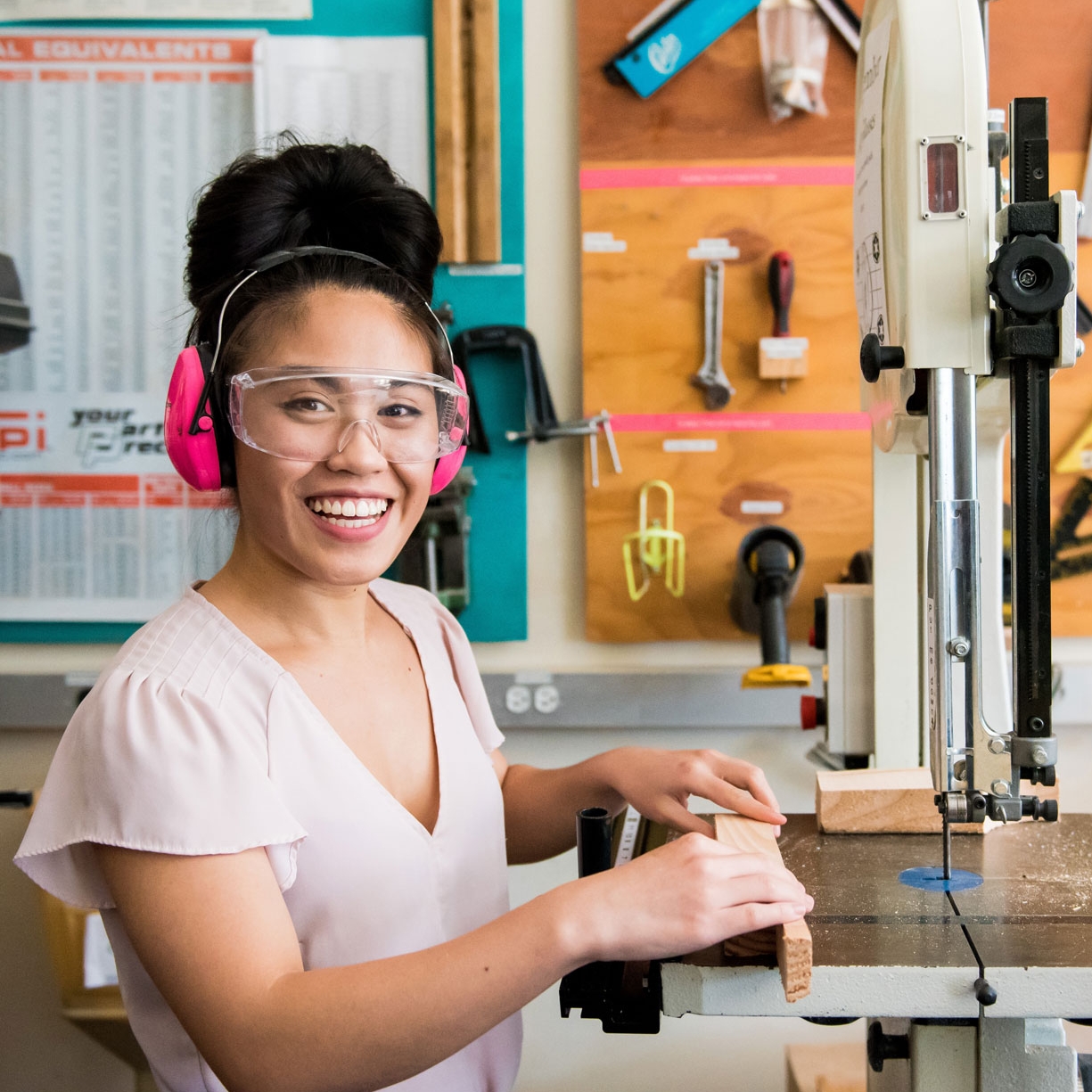 “Making means that I can make a change in this world. Making means making my friends laugh or smile at a random thing that they can hold in their hand and visualize. And making brings a community together that has a common interest. What comes out of makerspaces can change the world.”
—Trang Luu ’18, mechanical engineering graduate student 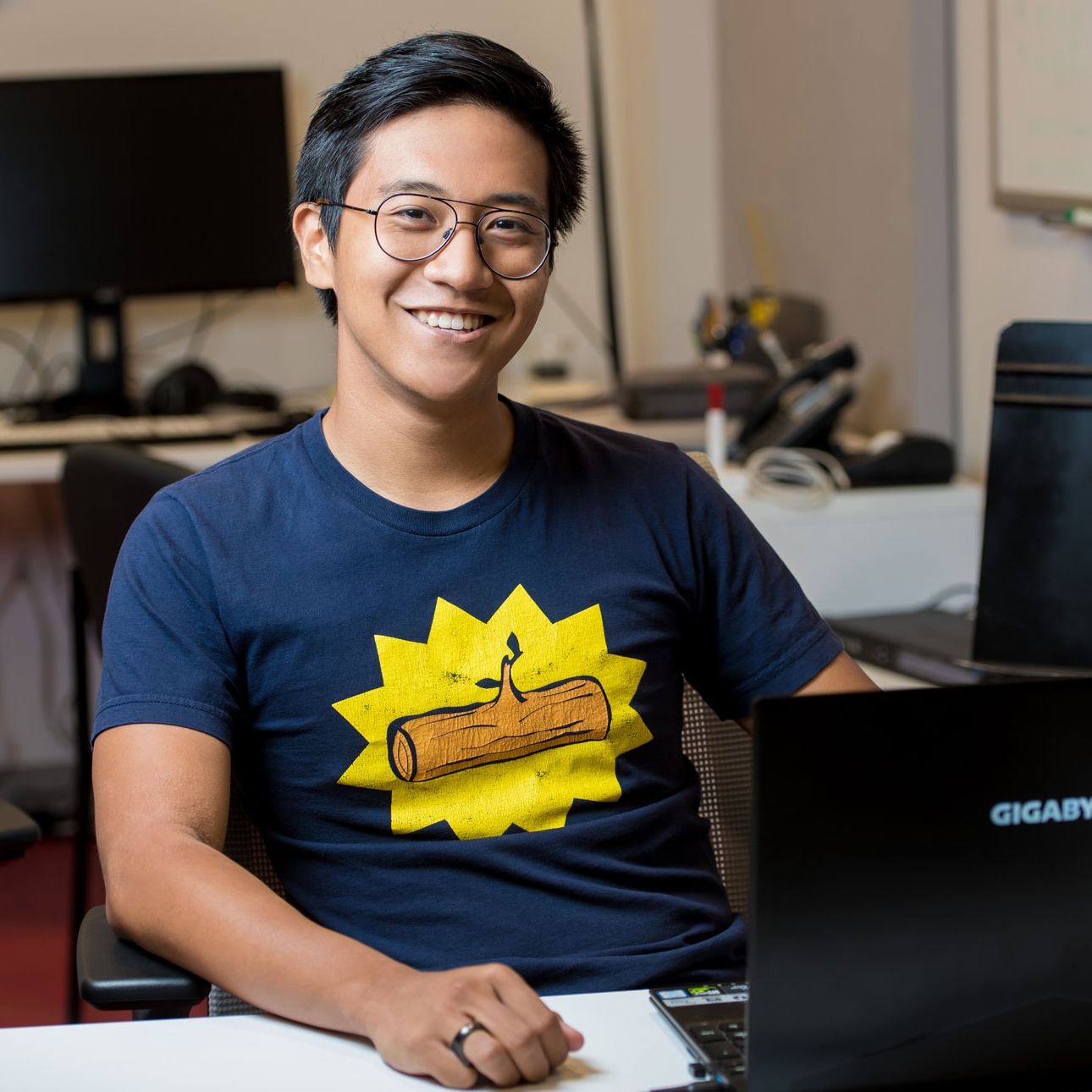 “Making at MIT is magical. I’m motivated so much by my peers—they push me every day to think about new ways to make things. They’re brilliant, and it’s crazy how MIT brings all these people together.”
—Russell Pasetes ’20 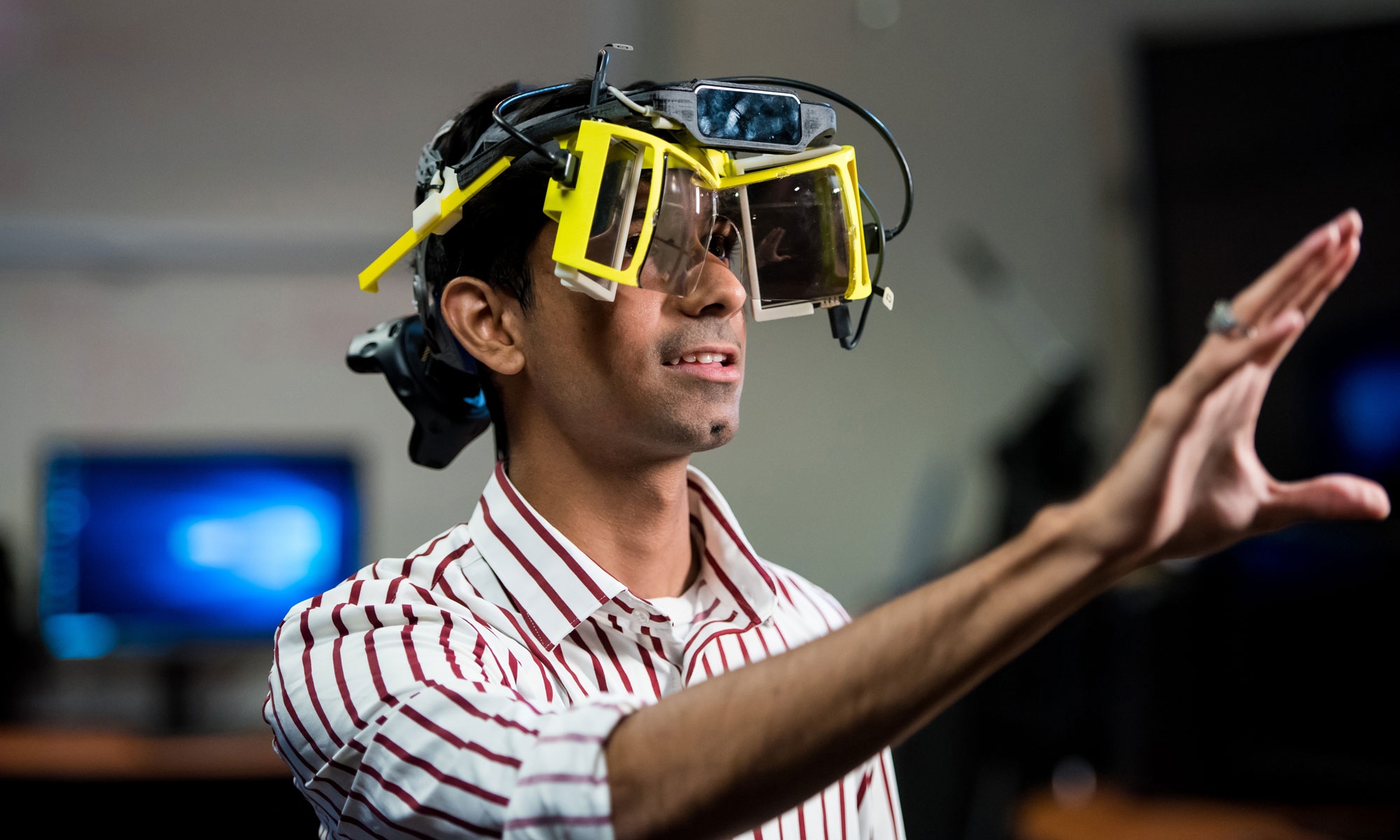 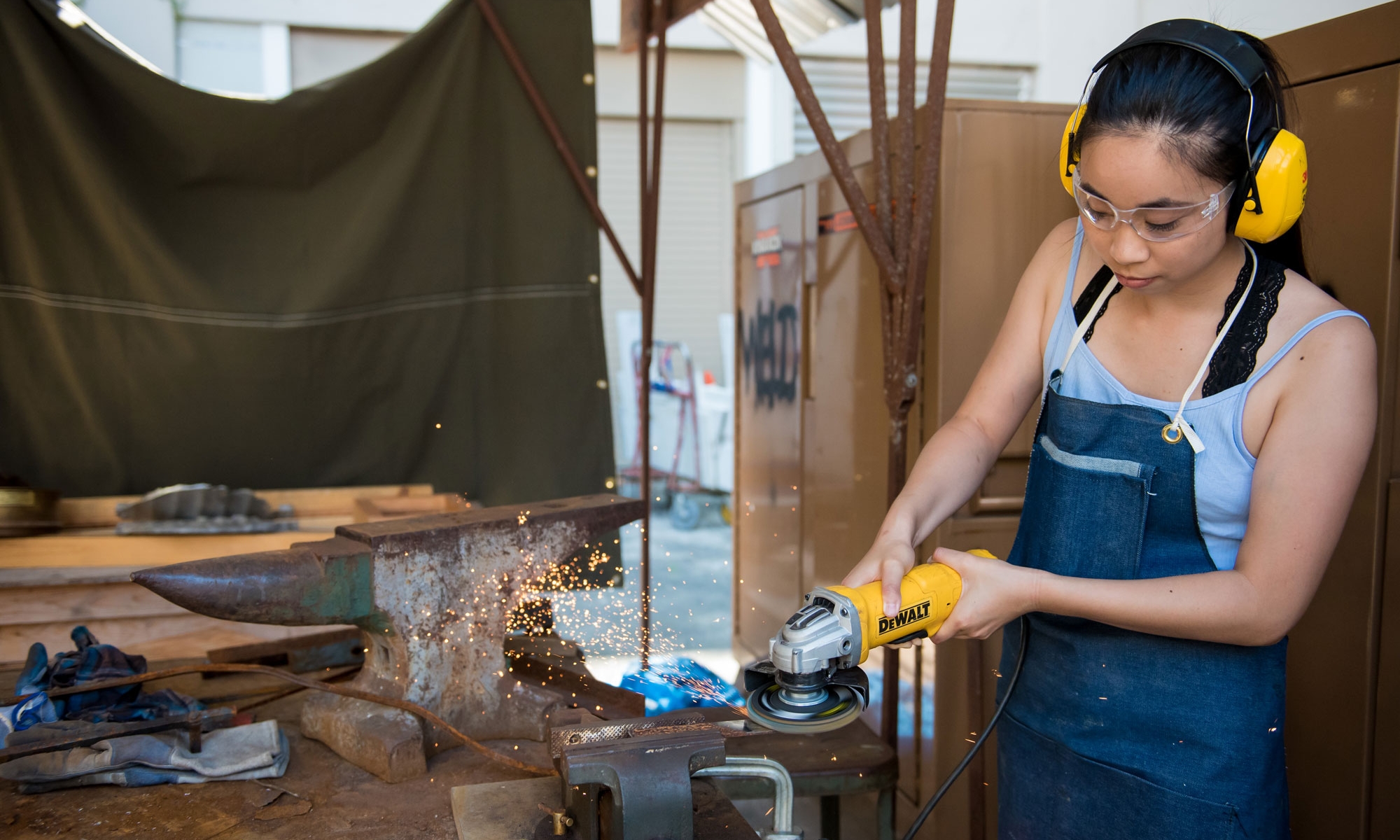 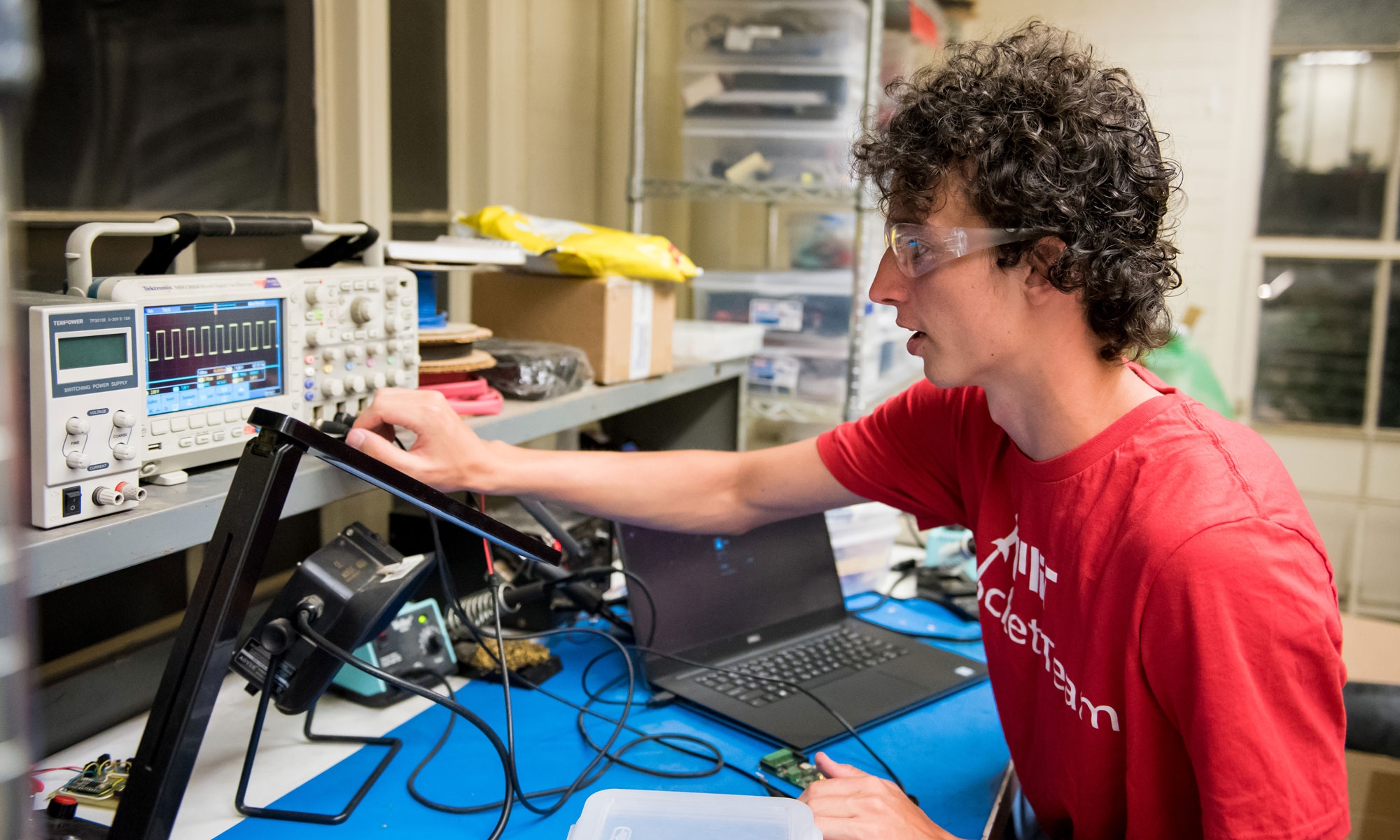 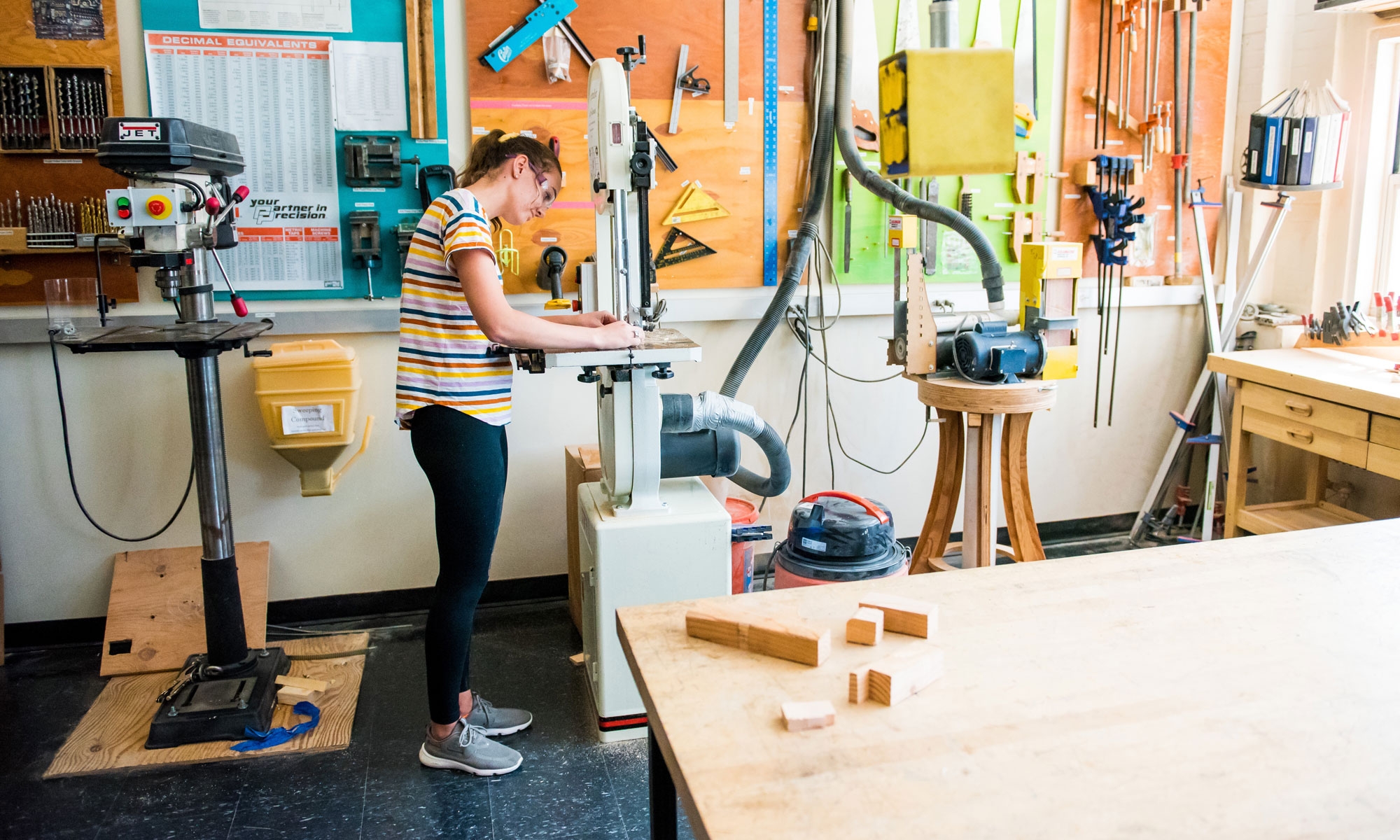 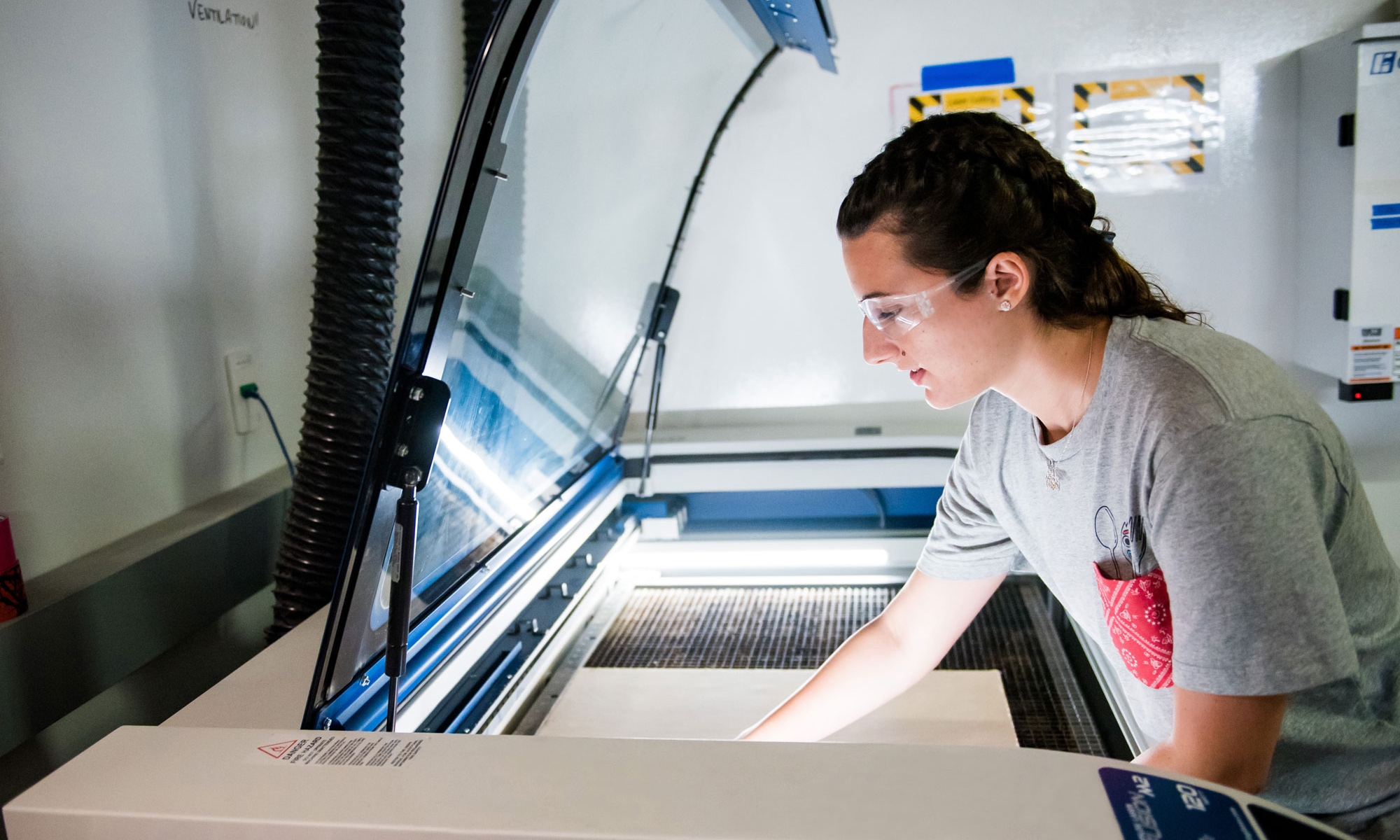 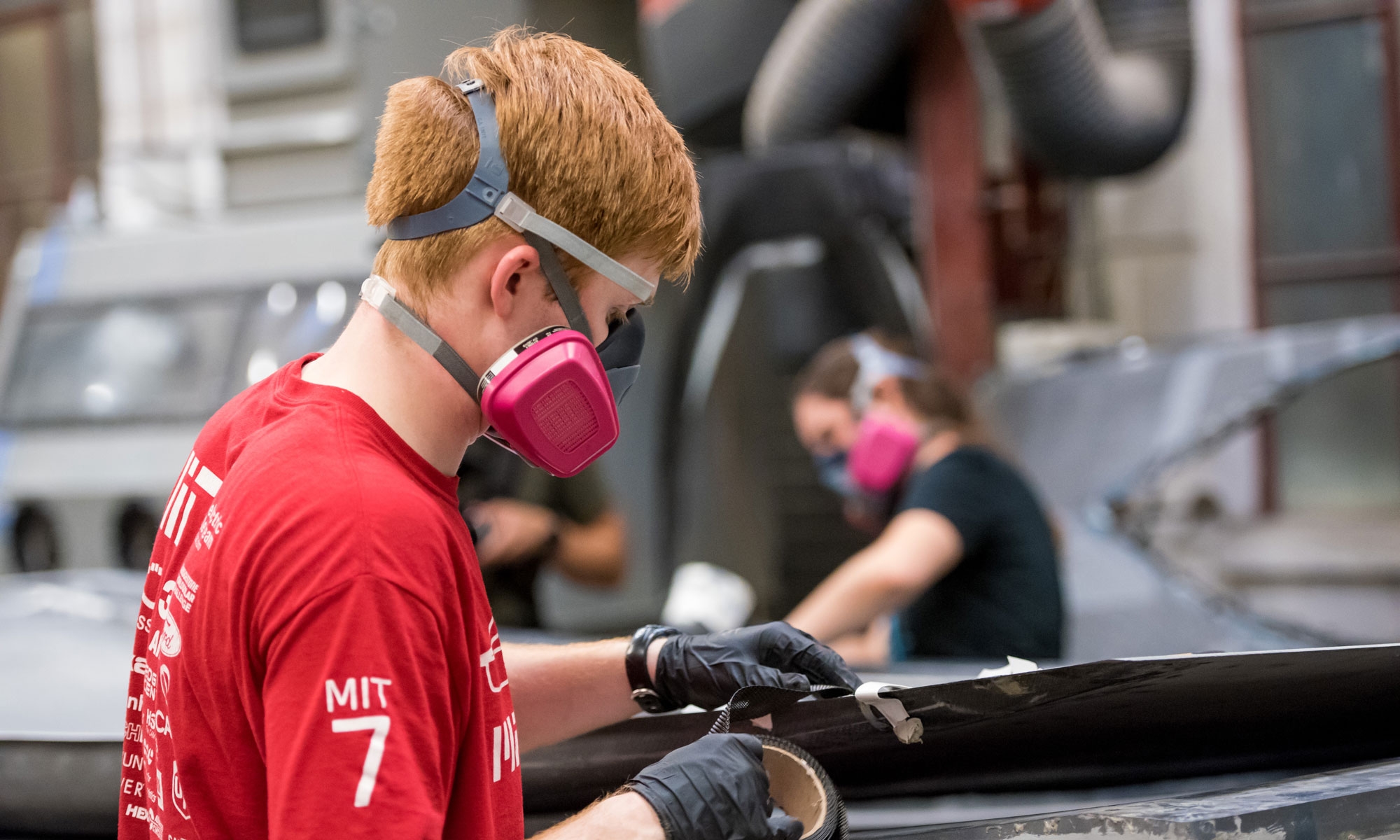 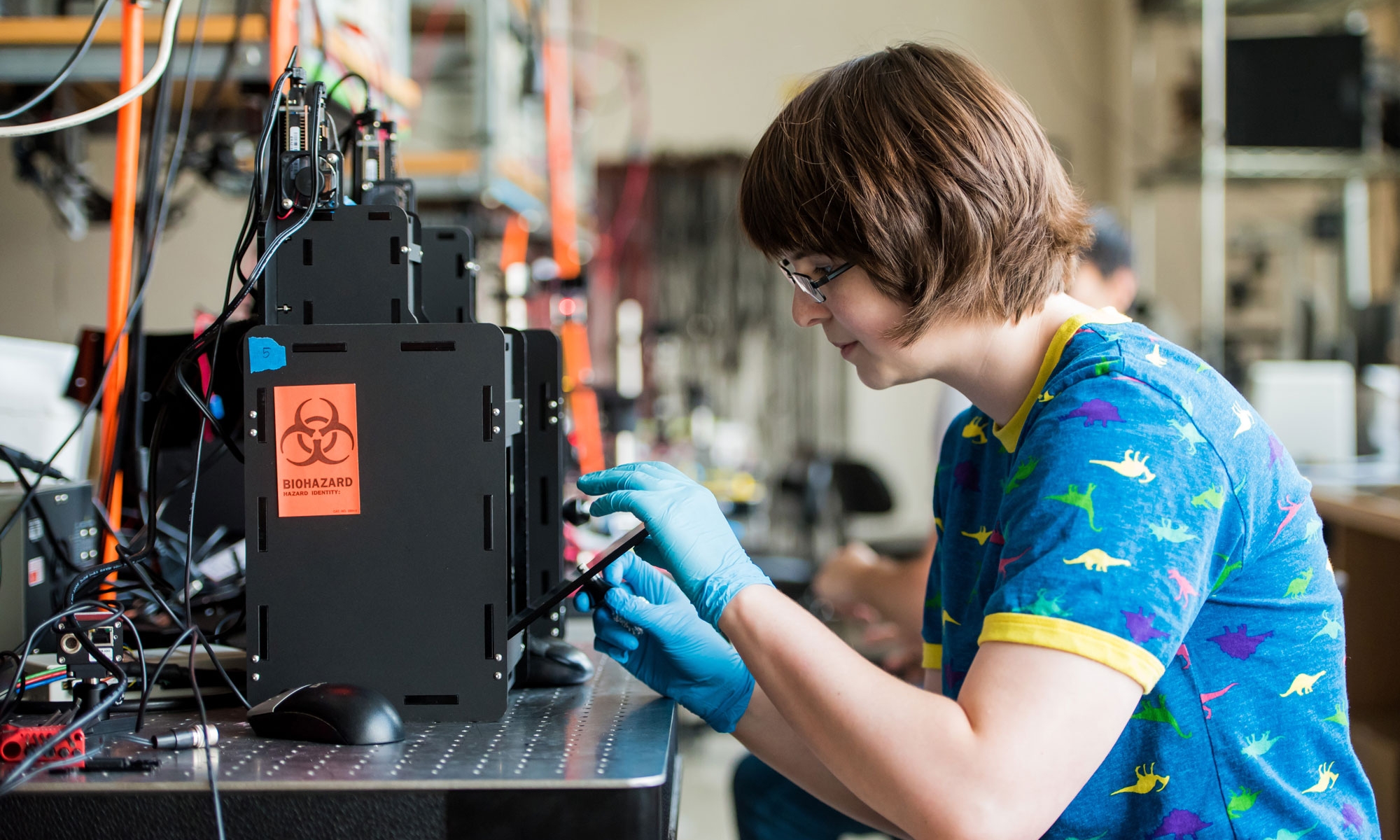 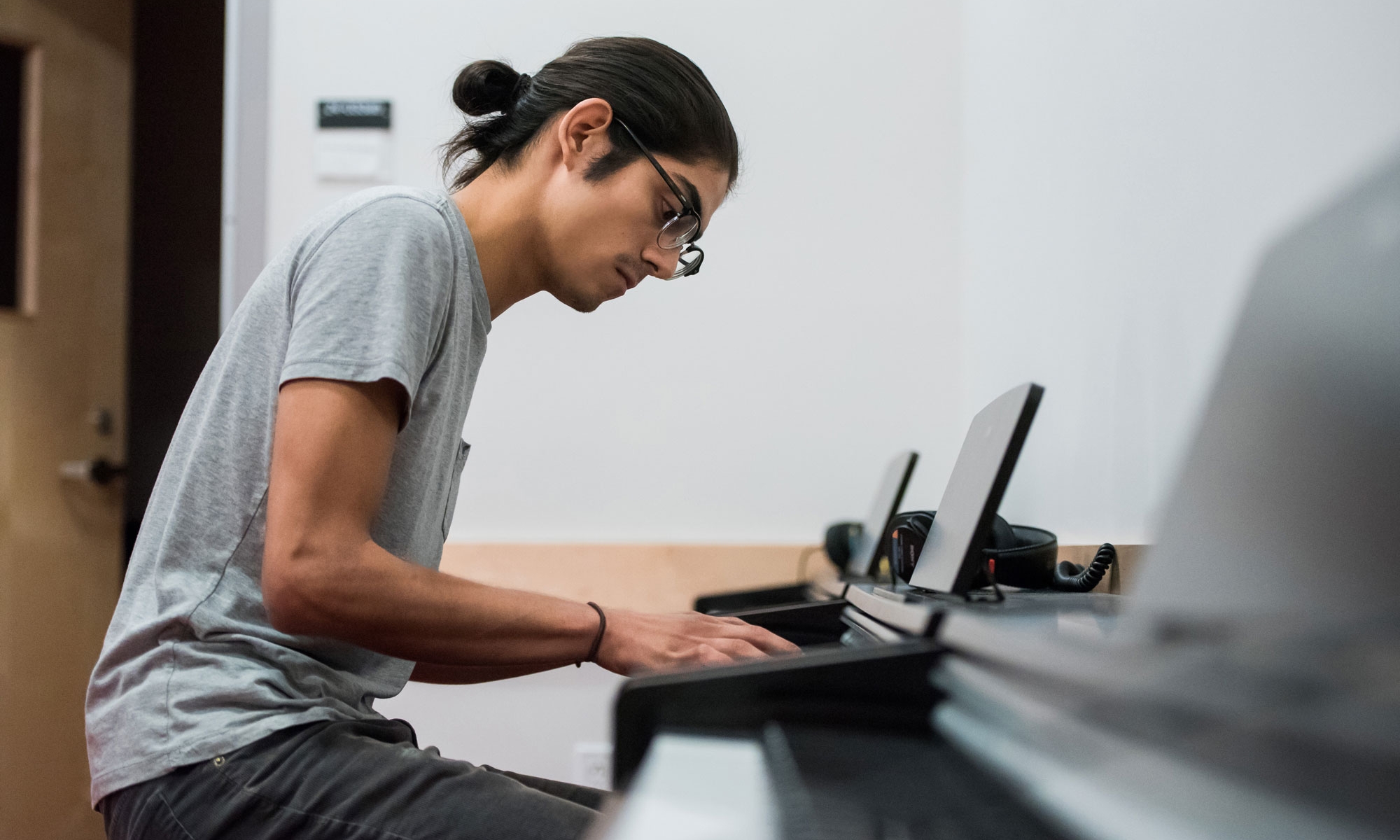 Eswar Anandapadmanaban ’19 tests the augmented reality headset he made in the Building 9 makerspace used by VR/AR@MIT, a student organization for hacking computing technologies. “The space of VR/AR is very new, and everyone is experimenting. It’s kind of the Wild West of designing and building stuff from scratch,” he says.
An architecture major and design fellow in the MIT Office of Sustainability, Effie Jia ’20 is making the sign for a new campus garden. “Making to me is being able to take my ideas as a visual thinker and transform them into tangible, useful products that are beautiful as well,” she says.
As the avionics lead on MIT’s Rocket Team, Luka Govedič ’22 assembles hardware and writes flight code. “One of the greatest things about MIT is the making culture,” says Govedič, who is originally from Slovenia. “Coming here, I think I rediscovered my passion for creating stuff.”
Mechanical engineering major Danielle Gleason ’20 is in the D-Lab Workshop creating a solution for human sanitation in developing countries. “The opportunity to impact people’s lives by providing sanitation that they didn’t have before is really important. That drives me to work every day,” she says.
Steven Truong ’20 is working on programming bacterial cells to create images, but he is ultimately interested in using tools from nature—“the coolest engineer”—to address global problems. “I came to MIT wanting to solve diabetes,” he says. “I think I’ll come out just wanting to help the world.”
Thérèse Mills ’21, a math major, laser-cut an image onto a water bottle for her brother and made a holder for a tea infuser for her mother. “I wanted a physical way to show my family how much I miss them,” she says.
Christopher Kiel ’22, who is a member of the Solar Electric Vehicle Team, enjoys working in the Edgerton Center because it provides “access to the water jets, the lathe, the mills, the Haas, all those machines which cost a pretty penny, and aren’t something that you’re going to find in your typical makerspace.”
Nora Enright ’19 is making bacterial photography. “Making at MIT means to me that you get to put what you learn about in class into practice,” she says. “There’s a lot of interesting cross-disciplinary work, and it’s a really good way to prepare people to go out and create and build things in the future.”
Juan Carlos Garcia ’20, a double major in computer science and music, works on an app called ConcertQ in the Music Technology Lab. “I love that I’ve been able to find a place where I express the side of me that loves solving logical puzzles but also the side that has a deep appreciation for art, culture, and music making,” he says. 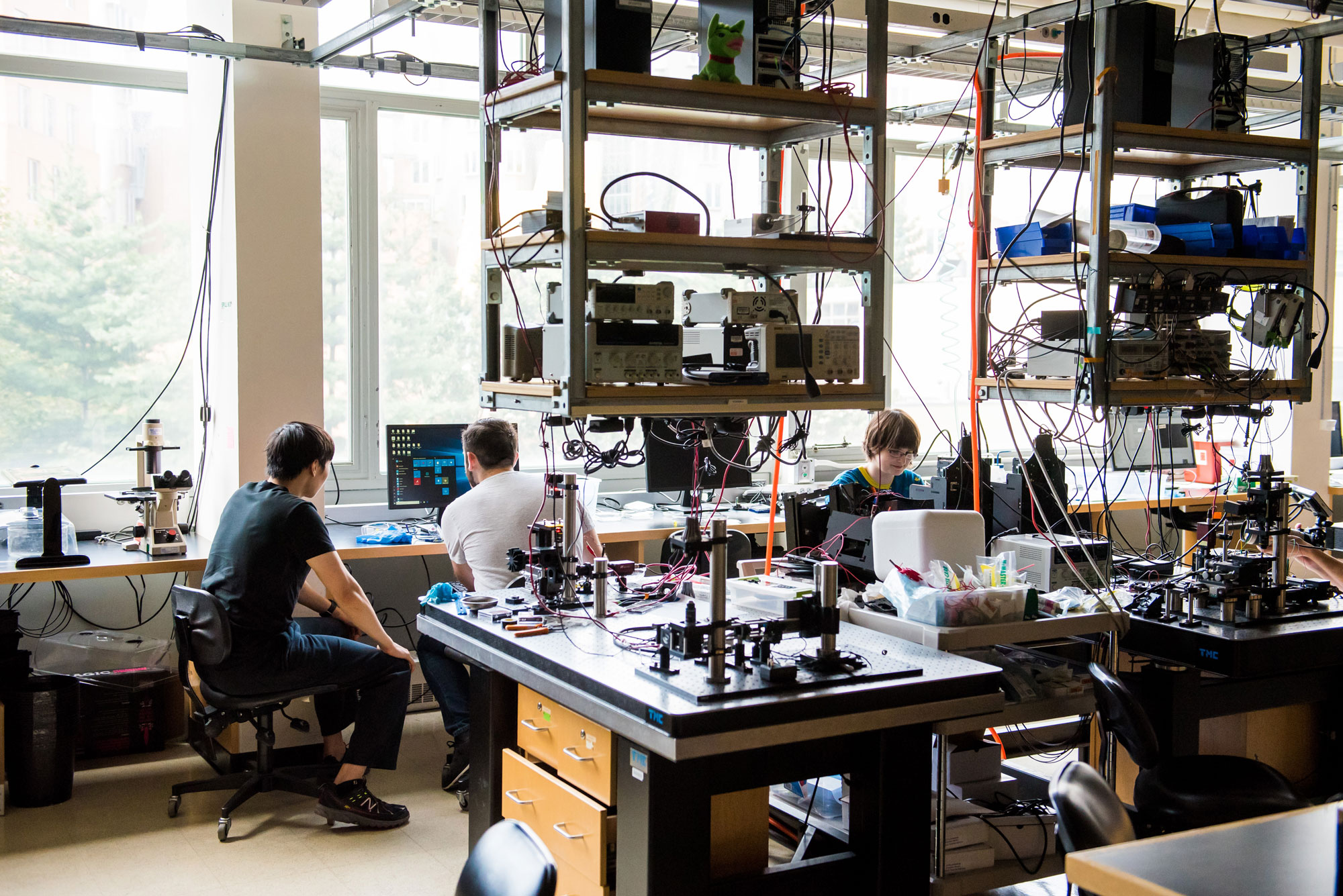 MIT has long been a leading example of how to integrate “making” on campus. Maintaining this leadership requires adaptation of new technology, tools, training, and means of improving access for students. As the maker ecosystem continues to grow, MIT must continue to innovate its makerspaces to best facilitate the ingenuity and creativity that these spaces foster. We must work to enhance the overall maker experience so the MIT community is better prepared with the skills needed to make a real impact on the world. 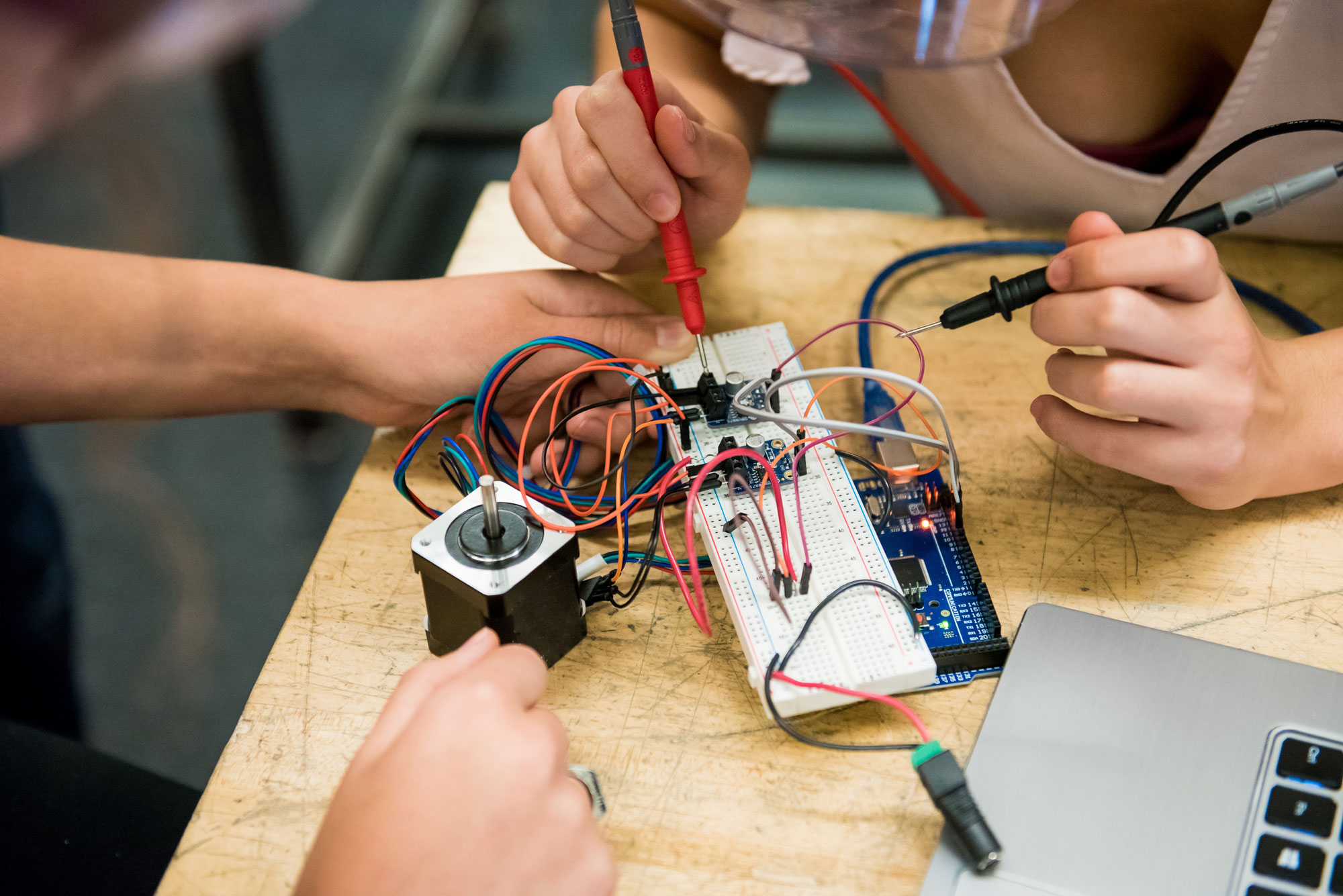 To learn more about the new makerspace in the Met Warehouse, contact Catherine Shi at qshi@mit.edu or 617.324.8611.