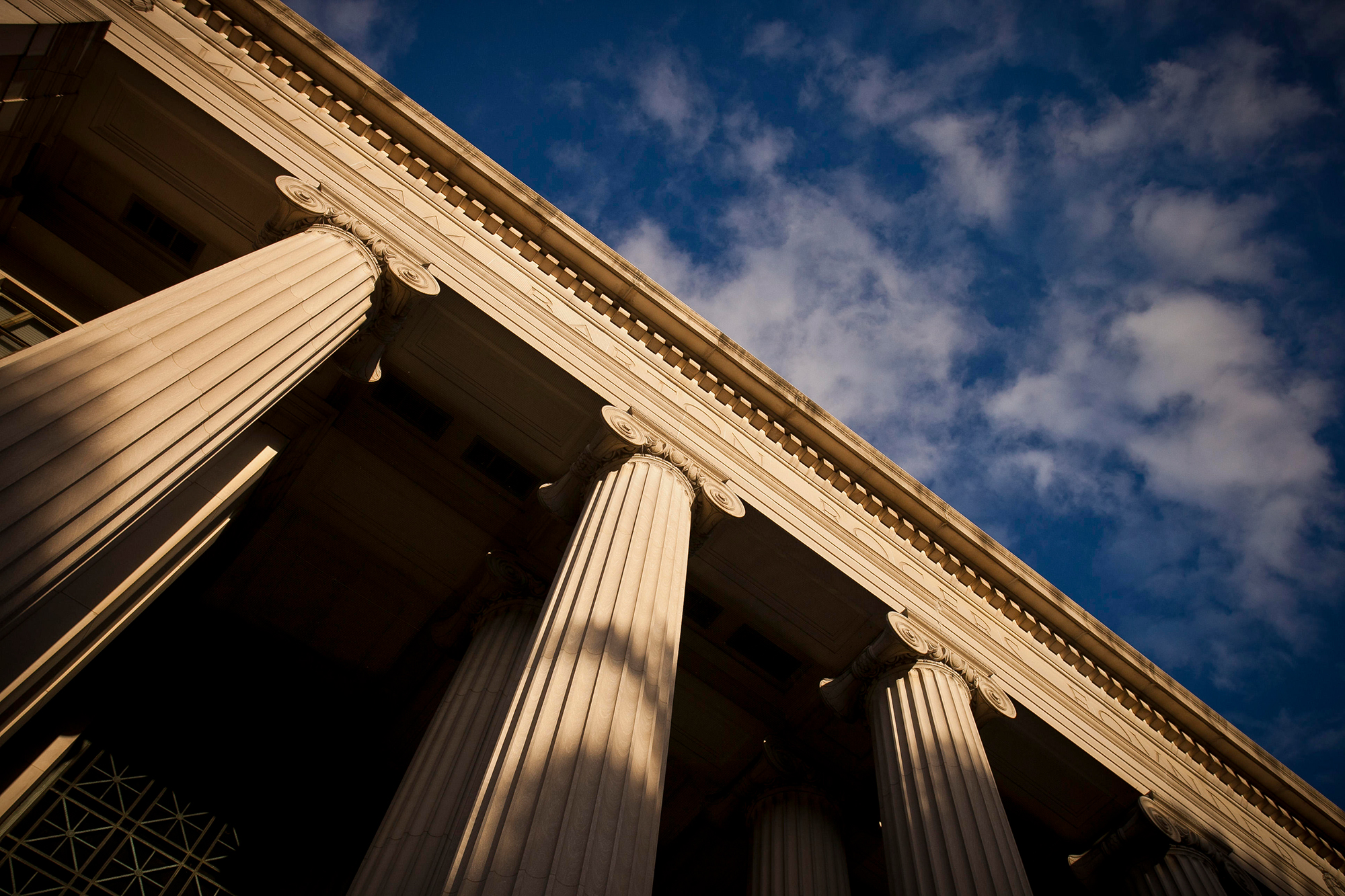 In recognition of its decades-long partnership with the School of Engineering, MathWorks in 2019 began offering fellowships to engineering graduate students who utilize MATLAB and Simulink in their research. Now in its second year, the program has already expanded from an initial cohort of 11 in the 2019–20 school year to 46 in 2020–21.

It was Jin Yang’s severe allergies that originally put bioengineering on his radar. Growing up in urban China, it was a cutting-edge immunotherapy that finally relieved him of the childhood itching and wheezing that seemed to be brought on by everything around him. The treatment employed modified proteins to desensitize Yang to the allergens over time, but it also jogged his curiosity about how living systems work and how they can be modified for human betterment. Now a PhD student in the Department of Biological Engineering at MIT, Yang is developing a new synthetic biology-based technique that can be used to study the ways that the three-dimensional structure of the human genome impacts gene regulation. Advances in this branch of synthetic biology have major ramifications for the development of new treatments for human disease.

“We are at a stage still trying to elucidate some of the fundamental mechanisms [by which] this 3-D genome organization regulates gene expression,” says Yang. “But I think there’s a lot of potential clinical implications because … a lot of genetic diseases, such as cancer, originate from the disruption of these 3-D genome structures.”

This year, Yang’s research was supported by a MathWorks fellowship. MathWorks is a software company that was founded in 1984 with the goal of providing researchers with new and more powerful computational tools. In 1985, the company sold 10 copies of its first product, MATLAB, to MIT. MATLAB is a programming language that can be used to develop algorithms, analyze data, and build mathematical models. Almost 40 years later, MIT students and faculty continue to wield MATLAB, and another MathWorks product called Simulink, to advance research across disciplines.

In 2019, in celebration of the decades-long partnership with MIT, MathWorks began awarding fellowships to graduate students in the School of Engineering who utilize MATLAB and Simulink in their research.

Now unfettered by his childhood allergies, Yang explores the forests of Massachusetts and plays tennis in his limited free time, but he never strays far from the lab, where his cell cultures require daily attention. He will soon enter a new phase of his 3-D genome research where he will use MATLAB to analyze images of chromatin structures in living cells captured by super-resolution microscopy.

Such composite manufacturing technology is commonly used in the air and spacecraft industries to create large parts, such as airplane wings. These components are formed from polymers that are super-heated in gigantic incubator-like apparatuses for days, requiring significant energy use.

Chazot’s approach instead involves manufacturing composite and 3-D printed plastics at room temperature by taking advantage of chemical processes that can occur spontaneously at the interface of two immiscible liquids. She uses MATLAB to model polymerization processes and to ensure that composite and plastic materials have formed correctly through signal processing and image analysis.

Even when Chazot leaves the lab, she continues to apply 3-D printing to jewelry and art. She’s also very enthusiastic about baking, sewing, and crochet. 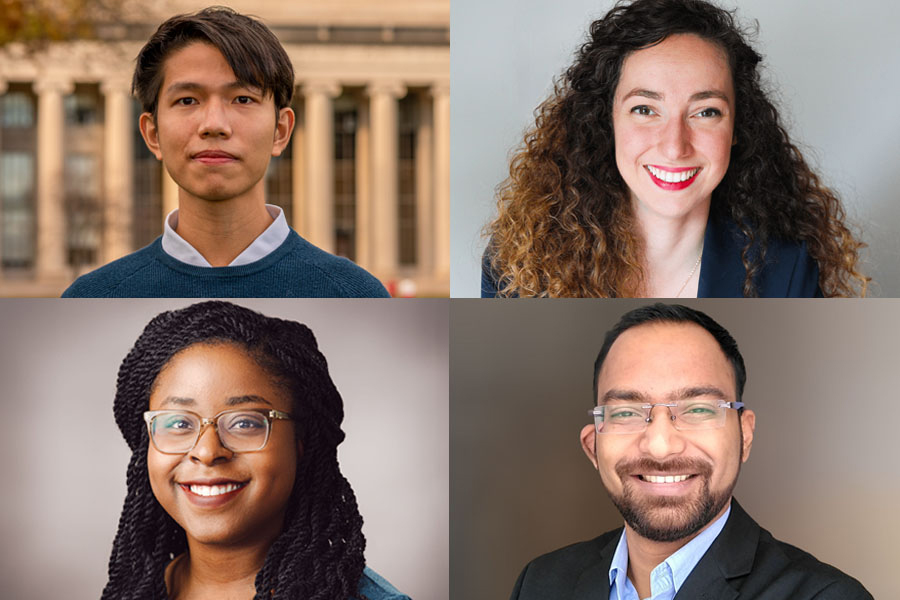 Like Chazot, Chelsea Onyeador, a MathWorks fellow, PhD student in the Department of Aeronautics and Astronautics, and a Graduate Resident Advisor in Baker House, is interested in reinventing the aircraft industry.

“Coming into grad school … I was really interested in how we can develop ways to make the transportation of goods and people more accessible and faster, sort of building on this idea of being able to get on a passenger aircraft and be anywhere in the world in under two hours,” says Onyeador. “The technology is definitely still a long way away, but that’s my ultimate goal.”

Instead of focusing on airplane parts, Onyeador uses MATLAB to model hypersonic flows, the air moving in the space around an aircraft at speeds greater than the speed of sound. Understanding how these flows behave under different conditions is a necessary step towards designing the kinds of futuristic aircraft that Onyeador envisions. Prior to beginning her PhD work, she also used MATLAB to develop the computational tool used to solve a set of partial differential equations used in hypersonic research.

Onyeador is the political action chair of the MIT Black Graduate Student Association where she works to promote diversity, equity, and inclusion in academia. The group recently began working with the MIT police department to improve public safety for all students on campus.

Rather than vehicles that fly, Shashank Agarwal SM ’19 has terrestrial locomotion on the mind. A MathWorks fellow, PhD candidate in the Department of Mechanical Engineering, and a Graduate Student Council executive committee member, he uses MATLAB to model the way vehicles move through granular materials such as sand and gravel.

“This particular kind of material has the property that it can act like a solid, liquid, or gas,” says Agarwal, noting that a person can stand on sand as though it is a solid, but also let it flow through their hands like a liquid, or toss it to become airborne like a gas.

“[Therefore] it’s really difficult to model it … especially if you think about applications such as locomotion in sand,” he says.

Traditionally, granular materials are modeled in “particle-by-particle” simulations which Agarwal says can take weeks. He is working to develop much more efficient models that could be utilized by robotic vehicles for real-time decision making as they cross sandy stretches of land, either on Earth or on other planets like Mars.

Agarwal is very interested in science and policy, believing that, as science doesn’t stay forever in the lab, it is important for researchers to understand the ramifications of their work in society and to make their research useful and accessible to as many people as possible. As such, he has created MATLAB apps designed to allow others to access his research.

“Often the research we do gets restricted to the journals we publish in or to the limited people who work in the field. Given the large outreach of MATLAB, I decide to make a few user-friendly apps for the MATLAB community that anyone can use to model wheel motion on sandy terrains,” says Agarwal. “I hope these apps will greatly increase the accessibility of my research to all.”